Tips for language learning. Put your suggestions too!

I started French on Duolingo.com. Turns out that bc I took Spanish I’m able to pick up French easier bc of cognates. Who woulda thunk it?

You’ll also be able to pick up Italian, and the rest of the Romance languages. Italian was pretty intuitive to me after French.

I started a lesson in Latin on italki.com

I was having Skype issues but after payday I’ll be able to start again. Just an FYI. Latin lessons by Skype are $15 an hour for my particular teacher. I’ve seen Mandarin lessons for $10 an hour. The European languages are spendy though. Arabic is around $15+ an hour the last I checked.

When I came back from America in 2002, over 17 years ago, I wanted to refresh and learn more Russian, but I just have not had any motivation to do so. As it turned out I have needed very little Russian because I have not gone over the border to Russia. Today I try to maintain and perfect my English abilities, it is more useful here where I am because more visitors actually use English as I have experienced. I have found out that some poems I have read recently use very complicated English expressions.

If you’re not a native speaker of English I’ve heard that English is the hardest language to learn so good on you for doing it.

water bottle … I have also tried to learn some differences between American English and English English, how words are said in the different English speaking regions. I do not think that English is so hard, but it depends on what one’s native language is. For example, for Swedes it is easier to learn English than for Finns.

My great grandma tried to teach me Finnish. I couldn’t get passed Poika. Haha. I’m such maroon.

Finnish can be very difficult. Many words may have different meanings and then we have many dialects. In the past some people have said that I speak some old Finnish, but I do not think so. After all I got my M.Sc degree. But I like to play with some words such as ‘kaista’ that may mean ‘crazy’, ‘lane’.

Where I live in USA we say,”Good for you.” But since being on this site talking to English speakers around the world I’ve started to say”Good on you.” I guess I just picked it up 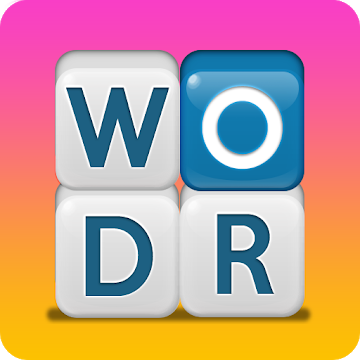 Find out all the latest answers, Cheats & Solutions for Word Stacks, the popular and challenging game of solving words. We will help you solve the words!

I have just an old Samsung phone, no smart phone, I am getting most of my news in English and sometimes there are words I may need to check. English can be so interesting.

That’s good to know. I’m figuring out that to learn Arabic I’m gonna have to speak it with someone. I can read some and understand some but bc I don’t have a language partner I really can’t speak it.

Haha. I just looked on Italki.com and wanted to pick the good looking dudes for my tutor but decided not to be shallow and pick the girl who also speaks multiple languages

I think Afrikaans uses a lot of English but I’m not sure. So it may be easier for English speakers

Dutch origins, in Dutch there are many English words as I have understood.

Here is a great web site I have been listening to. It is very interesting.

My best tip is speak the language.
Find someone to practice it with, verbally or via chat, and don’t be afraid of making mistakes. Ask people to correct you.

I skimmed over the website. Looks really interesting. Thanks.

The best tip I can offer is total immersion.

Maybe find an old cheap used textbook of the language you want to learn. Then study some basic phrases, and go to a restaurant where you know a lot of people from that culture speak it and practice.

People are often pretty flattered when you are trying to learn their native language, and will help you learn.

Also listen to radio shows of the language, and rent DVD’s from your library that are in the language but turn the subtitles on for when you have trouble following along.

Hope this all helps.

I have no desire to learn French or any other language. I am STILL struggling to learn Spanish after trying for 50 years. The main thing that has always held me back all of my life has been my poor hearing. Now, it’s my poor memory too.