The Ideal Body For A Man

I saw this article about what different countries think the ideal body for a man looks like. Very interesting. Unfortunately the US seems to have the strictest standards. I guess I’ll never be the ideal man. LOL! 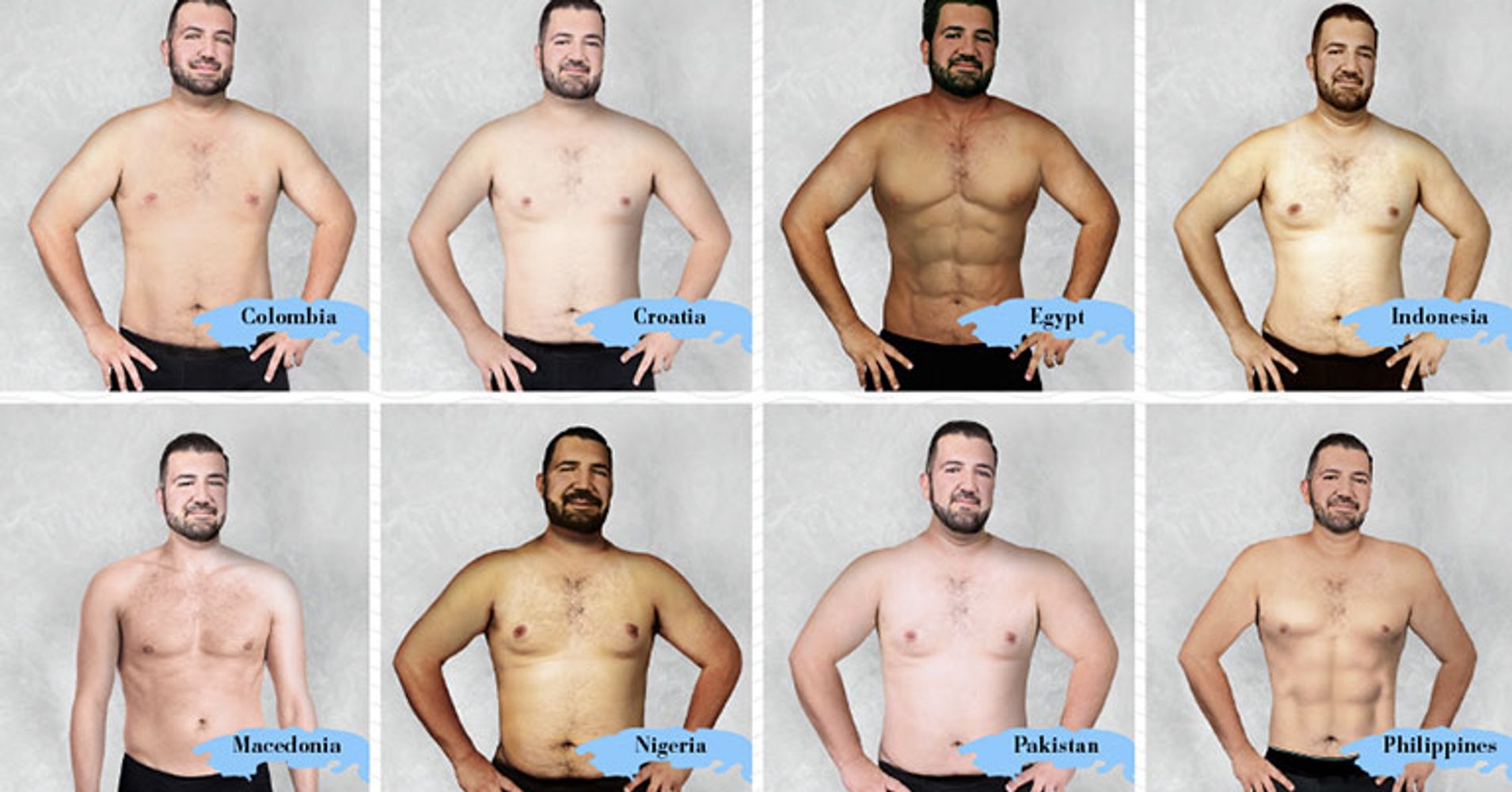 What The 'Ideal' Man's Body Looks Like In 19 Countries

This is what "attractive" looks like on six different continents.

Some of those aint too strict at all…

To hell with those standards though.

Barbie and Ken have ruined the perception of reality for many.

Turn off your TV and just interact with normal people for a while. Its helped me not worry about that crap…

In my 20’s I use to have a six pack. Now sadly, I only have a two pack. Still have a pretty good body shape though for a guy who’s half a century old!

Maybe I missed it in the article, but how did they determine those were the ideals? Based off celebrities in those countries? It says, “The designers photoshopped everything from hair color to build and facial hair to properly illustrate the ideal body type of their cultures,” but based on what? A survey involving 20 people lmao? Or just celebrities or something?

From whose perspective is it anyway? Hetero women? Men? People in general? The fashion industry?

I can testify as a woman who has talked with many other women, that women’s taste in men are pretty damn varied. No way there could ever be an official “ideal” with how all over the place we are in terms of what different women like.

Articles like that are just dumb. They try to give the impression that they are fighting dumb standards, but the way the conduct their “research” (lol) really just comes across like that is exactly what they are pushing. “Check out these ideals that we damn near pulled out of our asses and compare yourself - but don’t feel bad, because we mean well!”

I don’t think I’ll ever have a six pack… I despise most exercises… Especially crunches… And abdominal strength doesn’t really do much aside from look good.

And while I want to look good I don’t want to be a walking statue.

I did think in the past though… If I was going to work on my abs I get on of those bars with the boots where you hang upside down… That seems pretty g d effective.

Again though I’d rather be casual and practical than overtly refined. Maybe just strong enough looking people know to leave me alone. Just being tall almost gets me there.

But if you look at all the other non US standards on there… Abs don’t seem to important. In my experience women haven’t really cared either.

If you’re strong enough to physically lift the women during coitus… Yeah that’s all thats really needed for them to be impressed.

I used to be a lot stronger though… Trying to get it back.

You make good points… But these are designers… As there is certainly no real science behind this… They do probably have a lot of insight into visual differences around the world.

Also… The designers might have thought it was stupid, perhaps even the journalist… At the end of the day they gotta do what they gotta do for the pay.

I’ve gained and lost weight too many times, for someone with a fragile sense of identity this just makes that all the worse. I mean I had a little gut in my teens probably all the beer and fried food. But by my early 20’s I gained a ton of weight, there’s a picture of me that I have no memory of, actually the picture disappeared, but I’m so fat in it that my finger’s gained weight. Then I asked my psycho doc for the biggest adderal script he could give and in 6 months I was back to my normal weight.

Then I lived and worked on a farming community for a year and a half in my mid 20’s and was in the best shape of my life, I was beautiful and out of my mind. Then come my late 20’s I go to an in patient program at 28 and they put me on some stuff that tripled my appetite and next thing I know I can’t see my own feet. I still haven’t lost all that weight, I’m pretty chubby still.

Having you’re body change that much is pretty disturbing. I’ve never judged others for their body type though. I don’t really judge like that, I feel like we’re encouraged by our cheap **s culture to be shallow and care only about self. Always saw much of that as cr*p.

Yeah true, but they don’t state any of that in the article (unless I missed it). As far as it just being different average body types. Instead they say “ideal”. I just think it’s cringey. They respond to a cringey article about women’s ideals, with an attitude of, “Let’s do it to the men, too” instead of just, you know, not doing it in the first place. Like oh great, instead of focusing on more important things, let’s try to see if we can get men to have body image issues, too, to make it “fair”. What a load.

Hah… Made me chuckle…

All this is telling me is, I have the ideal body type almost everywhere but where I live. (The US lol)

i don’t think they actually traveled to australia

and asked anyone !?!
the dad bod is not popular in bondi beach…the ideal body is a ripped surfer dude…or a steroid gym junky.
take care

So, Russia just decides to give him fabulous blond hair and Serbia is like “too hell with it, Photoshop on a tattoo.” On the bright side, I’m a chick and I prefer many of the others over the super muscular U.S. ideal. I just can’t wait to see what the U.S. will do to the ideal woman body D:.