Thanksgiving recipes across the USA 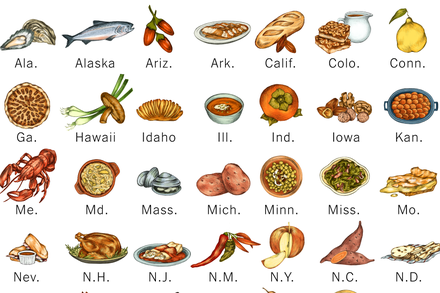 Thanksgiving Recipes Across the United States

We’ve scoured the nation for recipes that evoke each of the 50 states (and D.C. and Puerto Rico). These are our picks for the feast. Dig in, then tell us yours.

Our dinner is going to have the following dishes. Turkey, stuffing (white bread for her , corn bread for me) gravy, mashed potatoes, cranberry dressing (from a can, the jellied kind only !) pecan and pumpkin pies. that’s all we want for just two people but I do certainly look forward to sitting down to a plate of all that. !!

Jimmy deans sausage roll, rotel, and good cream cheese…just try it plz. Cook the sausage in a pan then drain the fat with a paper towel, then cook in the c.c and rotel…and thank me

Try some chicken breast fried w/french onions, brown sugar, and a couple of eggs and flour as a layer.

I think that I am actually going to eat some Turkey this year!

MMM…I wanna make the Russian Salmon Pie (Alaska) I have actually made dishes close to that one…usually a casserole type thing.

Have also had the REAL traditional American…venison steak, venison stew,
and a few seafood thanksgivings.
I do like home made turkey stuffing though…has to be made from scratch, not the boxed stuff…