SFG - Girl Responds To Getting Bullied

Caitlin Prater-Haacke is a high school student in Alberta, Canada, who was recently the victim of a bullying incident. Someone broke into her locker in late September of this year and wrote a Facebook status using her iPad that encouraged her to die. It’s hard to imagine that those words were an easy pill to swallow, but Caitlin responded with nothing but grace and maturity. Watch the video to see what she does in response. 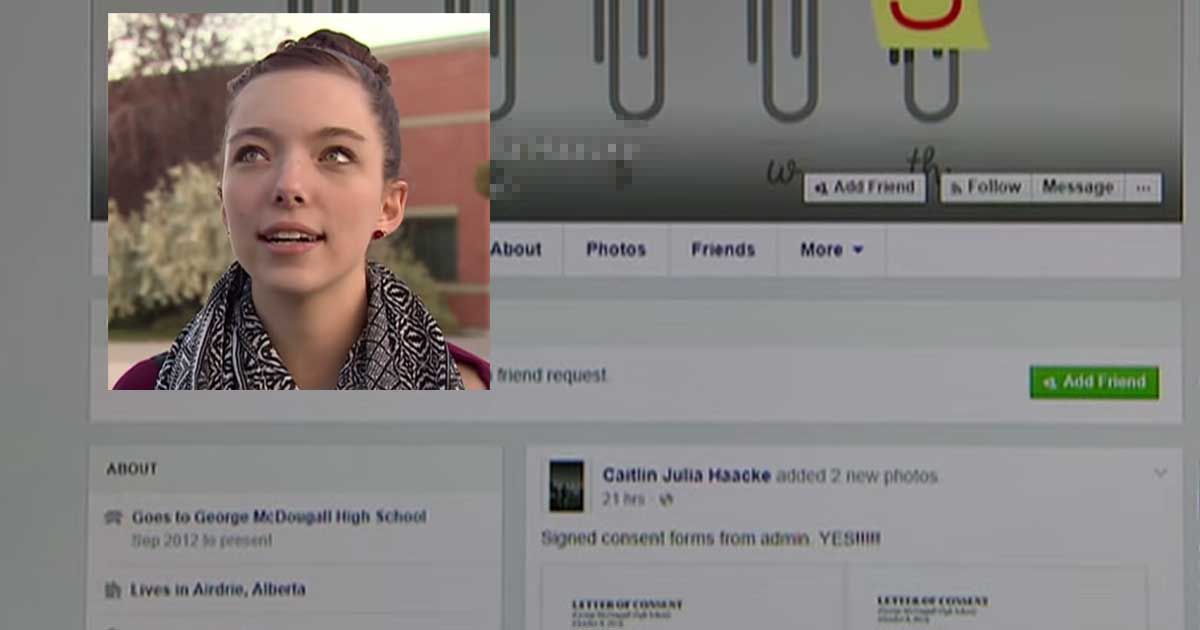 A Bully Posted To Her Facebook, Urging Her To Die. Her Response? Epic

When incredibly harsh words were thrown her way, this teenager decided to do something beyond admirable.

I’ve been through some pretty ugly bullying too. People were implying that I should commit suicide. There is still a bunch of weird ■■■■ going on in my life.

She should be happy they didn’t steal the ipad, if this happened at all. The story sounds fishy.