Poll : Do you like the "superhero" genre of movies?

Well right now none of them but before psychosis I loved spiderman the first time I watched it in cinema.

Anime… it’s all about anime.

Nar not really, I think reading the comics is better. I used to like reading Marvel as a kid didn’t read DC much.

Never into the whole comic book thing. I read literature and couldn’t justify spending dollars on a short comic book. Just not my thing. So as to movies I’ve the same disinterest! Not that I watch a lot of movies these days!

I really like that kind of stuff. I used to read comics and watched the x-men cartoon series as a kid so I am happy that some of my favorite superheroes are getting attention on the big screen. I’m looking forward to the new Avengers movie that’s about to come out.

Sometimes. They’re kind of fun, in a cheesy sort of way

I was super into DC comics as a child. I used to watch all of the animated shows. I enjoy the new Marvel movies as well.

Just got back from watching infinity wars. It was a great movie.

I like the movies. In and of themselves they are fine. The way Marvel and DC portrays people with MI is neccessary, but regretable. (The “supervillians”)

These two big names also use physical disability to portray “ugliness” on the outside = Ugliness on the inside.

It has long been known many movies use this concept. The most important thing to remember about these movies is their rating is listed as PG.

This stands for Parental Guidance. (as in we need to talk to kids in a pleasant way about things seen in this movie as it is Hollywood make-believe and not reality.)

Any one seen Black Panther?
My brother saw it and he liked it.

In China we have kongfu movies and kongfu stars, which is similar to superhero. “Wolf Warriors” is one I watch in Cinema last year and it,s famous in China. 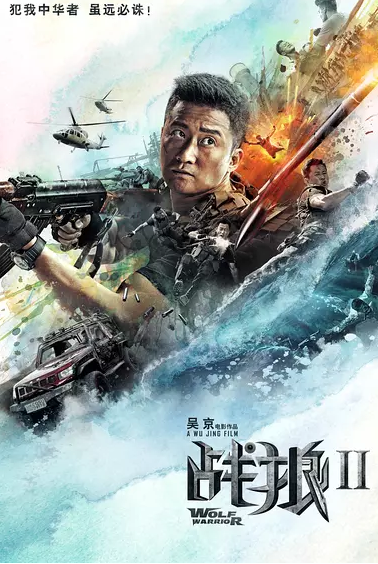 Yeah. It reminds me of my dreams and makes me feel very excited. I live vicariously through them and remember my “glory days” and exciting moments.

I am visiting my son in Phoenix right now and we went and saw the new Avengers movie today. It was pretty good but I didn’t like the ending.

Won’t spoil it for anyone though

I voted no even though I’m a comic book fan.

Most superhero movies are marvel characters. I don’t like marvel comics.

I used to, but they’ve been overdone. Time for something different.

That was the moment I became an adult

I like the power rangers and I hope for a sequal.

Is that a super hero movie? I don’t know.