Pipeline and Innovation for Psychotropic Drugs Are Limited, Study Finds

As development of drugs to treat psychiatric disorders lags behind that of drugs for other illnesses, a recent study published in Psychiatric Services in Advance sheds light on why the pipeline for psychotropic medicines is nearly empty.

Researchers from Brandeis University and Truven Health Analytics led an investigation of the current state of psychotropic drugs in the pipeline and potential barriers that may keep these drugs from reaching distribution in the United States. Sifting through industry reports, company press releases, and the National Institutes of Health clinical trials website, the researchers gathered information on phase 3 trials for drugs being developed to treat major psychiatric disorders, including alcohol use disorder, schizophrenia, and depression. All studies involved adults aged 18 or older.

The analysis showed that the pipeline for psychotropic drug development—99 clinical trials were included—is limited, with little product innovation evident. Most of the examined drugs were a combination of existing of U.S. Food and Drug Administration-approved medicines or individually approved medicines that were being tested for new indications or delivery-system approaches (such as an injectable version that is similar to an approved oral form). Only three drugs differed substantially from existing drugs.

Among the barriers that hindered development of psychotropic drugs were incentives that encourage firms to focus on incremental innovation—such as a new version with fewer associated side effects—rather than taking risk on radically new molecular approaches, the failure of animal studies to translate well to human trials, and drug-approval thresholds set by the FDA that developers and manufacturers may perceive as too high to attain. 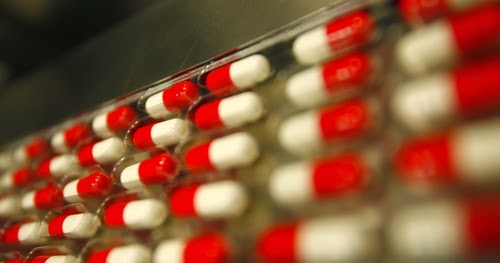 Pipeline and Innovation for Psychotropic Drugs Are Limited, Study Finds

As development of drugs to treat psychiatric disorders lags behind that of drugs for other illnesses, a recent study published in Psychi...

Hmmm but finding the genetic link between the 5 disorders if anything means that our current way of treating the illnesses is obsolete anyway.

Yes, while i am keen to see APs with fewer or lesser side effects, I think some completely new approaches are in order. I would like to see some approaches that look at dealing with the autoimmune attack that underlies so many cases of sz (and type 1 and type 2 diabetes, hypothyroidism, arthritis, and other autoimmune-type disorders strongly associated with sz) and try to prevent or stop or reduce that attack. APs are only treating the symptoms of that attack, the same way insulin does. Much research is not even addressing the underlying process.