Does it look like the stud is sitting wonky. I always thought it was pierced wrong. 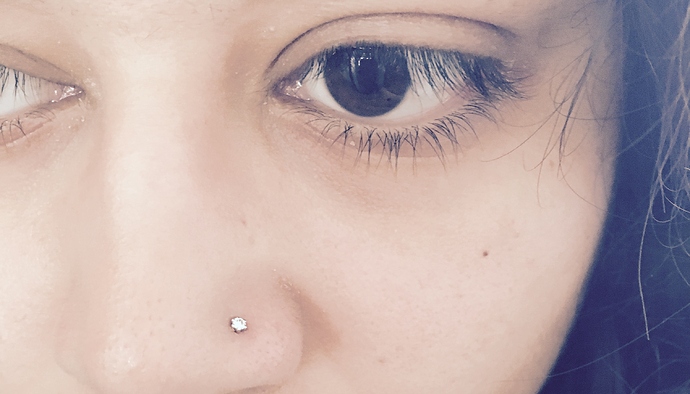 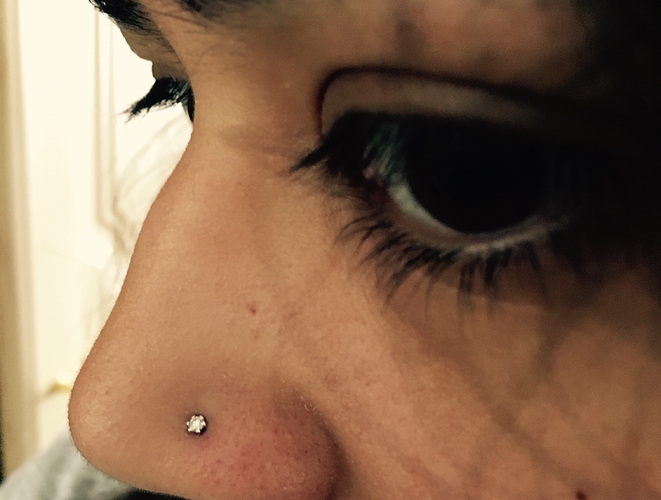 It looks fine to me - I had my nose pierced years ago, but had to allow it to close up.

I had an infection that wouldn’t heal.

Make sure that you keep it clean and disinfected, especially in the beginning.

Good luck with it, it looks great.

thanks wave although i’ve had it now for more than 2 years just always looked odd to me coz the studs never sit flat.

Happened to me too when I had one. I think it’s the shape of the nose.

when I wear a stud, it doesn’t sit completely flat.
I also did mine myself in 8th grade, using a thumb tack

I had my nipples pierced by some punk rock kids in their apartment when I was like 17. I bled everywhere. They filmed it.

I’ve had my lip, tongue, nose, and 3 ear piercings … my 2 first ear piercings are the only professional ones I’ve ever had done lol.
my tongue was the absolute least painful piercing, but worst healing process… also it got pierced in the parking lot of my school haha. my lip hurt the worst being pierced

I had my lip and tongue done for a long time, and a Monroe for a short time. They nipples were the absolute worst as far as pain though, it was a horrible experience.

My nipple piercing was the least painful of each I have had done.

I have left nipple, both nostrils and tragus now. and earlobes.