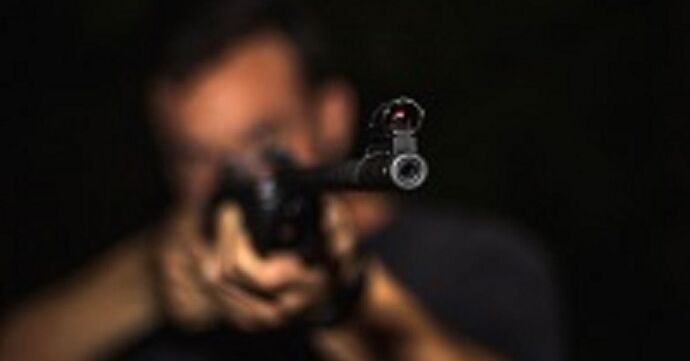 I know it’s practically taboo to bring up this association on this forum. But I’ve said for a long time that, even though most people with sz and some other MI’s aren’t violent, they are still more likely than the general population to commit violence. It’s totally a cop out IMO to say otherwise. Untreated psychosis and other MI’s can indeed be dangerous.

The oft used “more likely to victim than committing”, may also be true, but this does not void the truth that they are also more likely to commit. Both can be true.

Denying it out of sympathy to a cause does not make it any less true. I know that this isn’t something that likes to be heard here, but I believe its the truth.

That is not to say that we are not treated unfairly on tv shows, movies and such. We may be over represented as being violent there.

Anyway, those are my thoughts and what I believe to be the truth.

Most of these shooters were assh*les to begin with.

Denying it out of sympathy to a cause does not make it any less true. I know that this isn’t something that likes to be heard hear, but I believe its the truth.

Good point for sure, and something to think about— not just pertaining to this situation, but rather for many things.

But I will go out on a limb here and suggest that a schizophrenia/psychotic disorder diagnosis is most definitely used as some sort of catch-all explanation for plenty of individuals who commit heinous acts.

Plus, they’re diagnosing these creeps after the fact— meaning that doctors are potentially using violent acts as justification for said diagnosis in the first place, which would most certainly erase any impartiality in this study. If it were a blind study based solely on symptoms, then perhaps it would hold some value (IMO, anyways).

Maybe it puts the public’s mind at ease to hear that folks who commit such atrocities do so because of some misunderstood mental condition that they could never ever “catch”, and not simply because those perpetrators were fuucked up to begin with and led astray in some way.

I really hate to use the words “cop-out” or even “scapegoating,” but it sure as hell seems that way sometimes.

I am stigmatized by doctors and nurses and aides when they see my diagnosis. I have a hard time getting help with my needs. And . . . I’m very dedicated to advocating for myself.

Like obviously people with untreated mi are unstable and therefore dangerous but I don’t think it’s a productive to apply the stigma. The focus of the conversation needs to be on early interventions and better treatment.

I disagree with the premise of using the statistics a justification of propensity for violence in this way. I work harder in my life towards the freedom from my mental health illness then anything else. I’m not about to throw my literal freedom aware, that’s just moronic.

Someone who is out in the community and voluntarily taking heavily sedating antipsychotics isn’t about to commit a crime anytime soon. At least while they’re still on their meds they’re not.

There is nothing wrong with being frank about the situation and statistics but often the people who promote this kind of dogma have no understanding of the illness itself. To me it’s taboo because in absence of an informative conversation this kind of information only serves to vilify and further sitgmaise a minority.

For balance let’s be frank and realistic, statistical speaking digital content creators aren’t there to facilitate and informative discussion about schizophrenia and it’s link to violent crime. They are there to get clicks and there in lies the problem.

I thought if your schizophrenic you cant buy guns, so where are they getting there guns from.

Like ive been unmedicated for a while and i havnt done anything violent, cause im not a violent person. I think if a schizophrenic does a mass shooting its cause hes evil and not cause of the illness.

I thought if your schizophrenic you cant buy guns, so where are they getting there guns from.

First, if you are not diagnosed or misdiagnosed as stated in article, nothing would prevent you from getting a gun legally.

2nd, I don’t think that always mental health reporting requirements are all the same in various states and people slip through the cracks

And finally, I don’t think it’s that hard to get a gun illegally. At least in the US.

This is all assuming in US of course.

Edit: I should point out that the last two points really arent relevant to the article since the article clearly states its about undiagnosed and misidiagnosed.

The quoted statistics about being more likely to be a victim is a general umbrella for all mental illness. When you seperate the illnesses you can see a difference in statistics 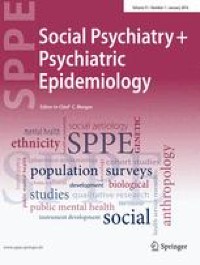 The temporal relationship between schizophrenia and crime - Social Psychiatry...

Background Little is known about the temporal relationship between illness onset and the possible beginning of a criminal career among people with schizophrenia, even though criminality, especially violent criminality, has been shown to be more...

Crimes by people with schizophrenia in Korea: comparison with the general population | BMC Psychiatry | Full Text.

Me too! I’ve never been violent or rude to them. Never. As soon as they see my diagnosis they become nasty to me. And I mean really nasty. It’s not fair.

I was burned in a fire years ago. They took me to the burn unit of a major Boston hospital.

I gave them my diagnosis because, for one thing, I need my meds.

They decided to add shots of Haldol to an already working med cocktail. They didn’t want to help me so much as sedate me, and I think they did that because they didn’t want any trouble from me.

Yeah. That’s mistreatment and discrimination. I’ve decided the next time I get poor treatment in a hospital due to my diagnosis, I’m going to request a patient advocate to see my rights are being met. If they can’t or won’t do it, I’ll be contacting the administrators. If the administrators do nothing, I’ll be getting an attorney. I’ve absolutely had it

I’ve received bad treatment when it was just depression on my records. But when the added schizoaffective, my treatment was better.

I’m thinking it is because I’m coherent and have good insight, so they are surprised and happy? We have a lot of unmedicated people in our area that refuse to be compliant to their treatment.

The papers are looking at previous history and not likelihood to commit crime after treatment. Are people who are voluntarily medicated outpatients more likey to commit crime? Especially those with no previous criminal history. By the time you are discharged from the care of the mental health system what is the relative risk of commiting a crime?

The combination of factors and crimstances that lead towards violent crime are also more likey to make you schizophrenic. I.e. socio-economic disadvantage, trauma, patiental mental illness and upbringing. This is why risk is reduce when using non-schizophrenic siblings as a control.

Substances use disorder would overlap with both severity of symptoms and disadvantage. Which is why this group would have commited more violent crime.

I would think people are only more dangerous when they have untreated mental illnesses and are disadvantaged.