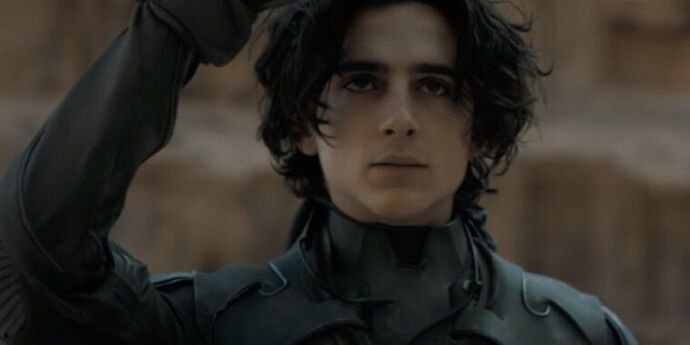 It's the first half of a planned two-part adaptation of Frank Herbert's novel.

Mmm not sure about this. Seems a little too much teen drama/twilight kind of movie.

They’ve got a lot of big names and money,

But it doesn’t look good.

If David Lynch couldn’t pull it off, it can’t be done.

I don’t think the book translates well to film.

Could not get into Dune, the books or the movie. I have tried multiple times.

oh I am excited…I really loved the book however and I loved the first take of Dune by David Lynch…a little gross though…can’t wait !!

I so want this to be good. Lynch had a brave attempt but the sonic guns were hilarious and not very good. It’s an amazing book that I reread quite often. I do really like the first one although the sequels got increasingly strange.

The old one was pretty bad. I have high hopes for this version though.

Mmm not sure about this. Seems a little too much teen drama/twilight kind of movie.

Paul looks to be well cast, but that’s it. Not sure about Dave Bautista playing Beast Rabban and you can tell from the trailer that Jason Momoa is going to be a train wreck as Duncan Idaho. Honestly, I think they peaked with the two SyFy mini-series. They were superlative despite the limited effects. This reboot was not needed. I’ll watch it out fealty to Herbert if it hits streaming media, but never would I consider coughing out money to see this in a theatre or get it pay per view.

I was not aware of any mini-series, I just remember the first film and being creeped out by the heart plugs.

I am not surprised they are resurrecting it, old IPs are always cycled every 10-20 years with remakes.

I was not aware of any mini-series, I just remember the first film and being creeped out by the heart plugs.

The David Lynch interpretation of Dune was vile. Not as bad as the horrible Dune novels that Herbert’s son has churned out, but close. The mini-series was around 2000 and then I believe 2004 (the latter focusing on Dune Messiah to God Emperor, I think). Both were extremely faithful to the source material.