First Human Head Transplant Not A Success After All

Claims that the first human head transplant was successfully carried out, albeit on a corpse, have been refuted by the surgeon in question.

here is another article on it - Italian Professor Canavero, who is the director of the Turin Advanced Neuromodulation Group, announced the success in a press conference. 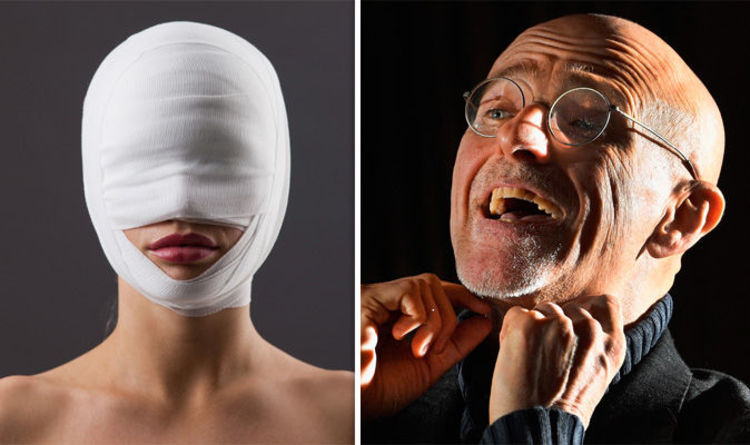 THE recipient of the world’s first head transplant will suffer a fate “worse than death” and experts would not wish the procedure on their worst enemies.

i know that obviously its not what we as people diagnosed with sz need but i found it interesting all the same.

Yes i remember hearing that they were going to perform this operation. Not surprisingly, it wasn’t a success. I couldn’t imagine what it would be like to have my head transplanted onto another person’s body. Would be awfully strange. I guess that’s why they said it would drive you insane.

they said it would be the different chemistry that would make you crazy but, it was only unsuccessful bc the guy pulled out, they havent actually tried it yet, they tried it on a monkey 45years ago apparently and it didnt work.

Oh okay. Well i’d pull out too. Be really scary. I wonder if they’d have to do the operation while you’re awake to assess how the transplant is going.

They ‘successfully ‘ transplanted a dogs head to another dog in Russia. There are videos but wouldn’t recommend looking at them

There was no success because nothing was carried out yet. The first article debunks the others and states that there will be quite a while before a human trial is done.

That’s something that bothers me. It’s not a head transplant, it’s a body transplant. Consciousness is in the head, not the body. The person who exists in the brain, in the head, is getting a new body.

thats a good point, i totally agree with you its that old argument isn’t it, is the head being transplanted on to the body or the body transplanted onto the head? its very confusing, personally i would call it a full body transplant because as you say, the consciousness is more important, however could we not say that one could not live without the other, so maybe its more of a symbiotic relationship.

I am horrified that people are trying such things, I didn’t hear it before. I’m disturbed that they are abusing and killing animals for this and I’m disturbed that they want to try this on humanbeings. I think a doctor who does this is crazy, a very scary person. I think humans should stay away from such experiments. I don’t like the way science is going in such things, it has no boundaries, no respect for life. One persons body artificially attached to another persons head (brain, mind), is just not how life is supposed to be.

For people who are quadriplegic this would be amazing. It sounds scary because we aren’t the ones in need.

Imagine the thoughts of people when organ transplants began. Some still get angry over the harvesting of organs from dead bodies.

For me, they can have it all. Science saved my life and I’d be thrilled if my contribution furthered that goal.

it would be strange if it was perfected and they somehow managed to make it work, there are ethical and moral dilemmas about this thats for sure, if someone had a terrible disease and their body was almost finished like it was inevitable then why wouldnt it be humane to try and help that person in that situation?

@ZombieMombie i agree with you but i am not on the organ donor register because i need my organs bc its part of who i am. maybe i am being selfish but it is a very difficult decision for me and it plays on all of my fears. its a very confusing situation and i hope never have to choose.

That is your choice. For me, what makes me who I am is all in my brain. Memories, feelings, even my delusions are all filed in my organic super computer.

We all do as we can.

i wish i never had the choice tbh, i dont want to make that decision. just feels a bit too weird for me, i mean obviously i want to help people but its a bit of a mind f uck for me.

Like I said, do what is best for you. I can understand the fear.

Ugh, those poor mice. I want to vomit. Straight up nightmare fuel.

This is a very triggering thread.

I would like to transplant my schizophrenia to my as*hole neighbor and see how he 'effen likes it.