Evidence of Common Genetic Overlap Between Schizophrenia and Cognition

Evidence of Common Genetic Overlap Between Schizophrenia and Cognition.

Although not diagnosed with schizophrenia my non verbal IQ is significantly lower than my verbal IQ. Performance IQ tests non verbal capabilities. 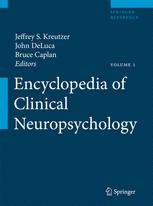 PIQ;  Performance Intelligent Quotient Performance IQ is a score derived from the administration of selected subtests from the Wechsler Intelligence Scales, designed to provide a measure of an...