Do you want to see what the dark side of the moon looks like? 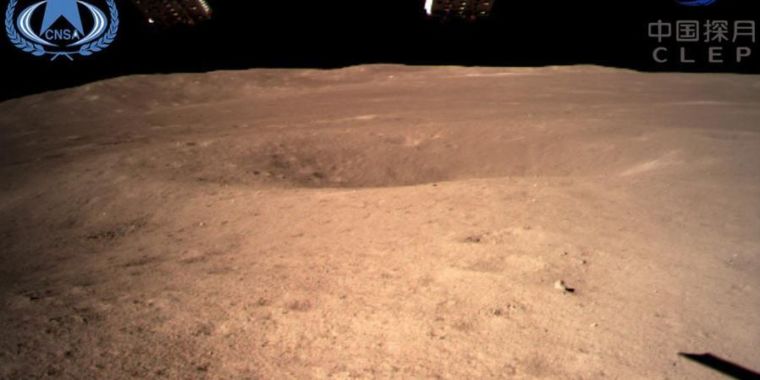 There’s probably tons of sub human beasts that prey on darkness and cold, standing on their hind legs ready to attack and eat you limb by limb.

That’s how I picture this side of the moon.

Like in the movie the time machine. Not the original, the remake from like year 2000. The morlocks probably live there.

It’s amazing what you can achieve when you brainwash a population of 1 billion and disregard their fundamental rights.

Is this a new space leader, eclipsing the US and Russia??

we all will be speaking Chinese if they do

I tried to learn Chinese. I couldn’t do it.

Hmmm, “Far Side of the Moon.” Sounds like some album I heard years ago but I can’t remember the band who recorded it.

My dad says we didn’t go to the moon in ‘69 and China hasn’t either. I don’t see how space travel is possible being that we are unfamiliar with any atmosphere other than Earth.

I’ll be standing here,
waiting patiently,
knife in one hand,
cracker in the other…

The regolith appears more “dirt”-ier than what we’ve seen from the near side. I would sure love to know the composition of that “soil.” BTW, how is Chang’e 4 communicating with Earth? Do the Chinese have a relay communications satellite in a halo orbit around EML-2?

My sincerest congratulations to the Chinese for this accomplishment. It was well done!

People who go to the moon are crazy in my opinion. Well crazy brave. I would not do it unless my life depends on it

I wonder if there’s alien ruins/technology on the moon…

I’m hoping their Rover meets our Rover. I’m sure America has put one up there and found nothing. I know we have many rovers on Mars, so why not the moon.

I’ve been to the dark side of the moon. Poor real estate options but great parking.

But yes I would love to see what the Chinese discover. I just hope they can analyze the data quickly and release their findings.