Do you ever get food fancies?

i fancy some lobster

@firemonkey I am asking you to post news articles.
News articles are very important.

Never had lobster. Have had crab and liked that.

I really want some garlic beet fries. I’ve been craving them for a few days now. I’m buying some beets this weekend so I can make them.

Some KFC now that you mention it.

I’ve been fancying a nice large plate of pasta smothered in meat sauce!

I’ll have KFC with you @everhopeful!

I fancy some salmon and a bowl of New England clam chowder at Red Lobster.

There’s no KFC nearby turtle.

That’s probably why I want one.

But if you have one nearby, then go for it ! I crave vegan hotdogs with ketchup

I love you Peter!!
@PeteQ

I’m craving the delicious Thanksgiving meal I’m going to tonight! Our friends are hosting an early party so we can celebrate together before going off to our families for real Thanksgiving.

Have had crab and liked that.

Crab is good. Have you ever had ? 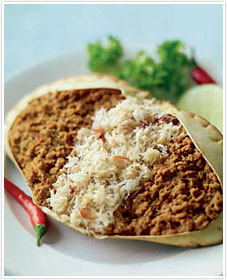 Never had that. Is that dressed crab?

What’s does a typical Thanksgiving meal consist of ?