Cannabis, cigarette smoking and psychosis: do we need a rethink?

The relationship between cannabis and psychosis has been one of the hottest topics in psychiatry over the last decade, and with good reason. Policy-makers still disagree on whether cannabis should be legalised or how it should be classified, with Uruguay being the most recent country to legalise it.

Drawing broadly from work initiated by Robin Murray, at King’s College, links have been made between the use of cannabis and increased relative risk of developing psychosis (Arseneault et al, 2004), as well as decreased age of onset of psychosis (Large et al, 2011). What is sometimes forgotten is that a significant number of people smoking cannabis are concurrently exposed to another substance – nicotine. We know, clinically, that people with psychotic illness smoke more than the general population, though this has usually been ascribed to “self-medication”.

What if some of the increased risk of psychosis could be explained by cigarette smoking?

In this population study, taken from one of the best longitudinal datasets available (ALSPAC), Gage and colleagues sought to ascertain the relationship between smoking cigarettes, cannabis use and psychotic-like experiences (PEs) in a population survey. 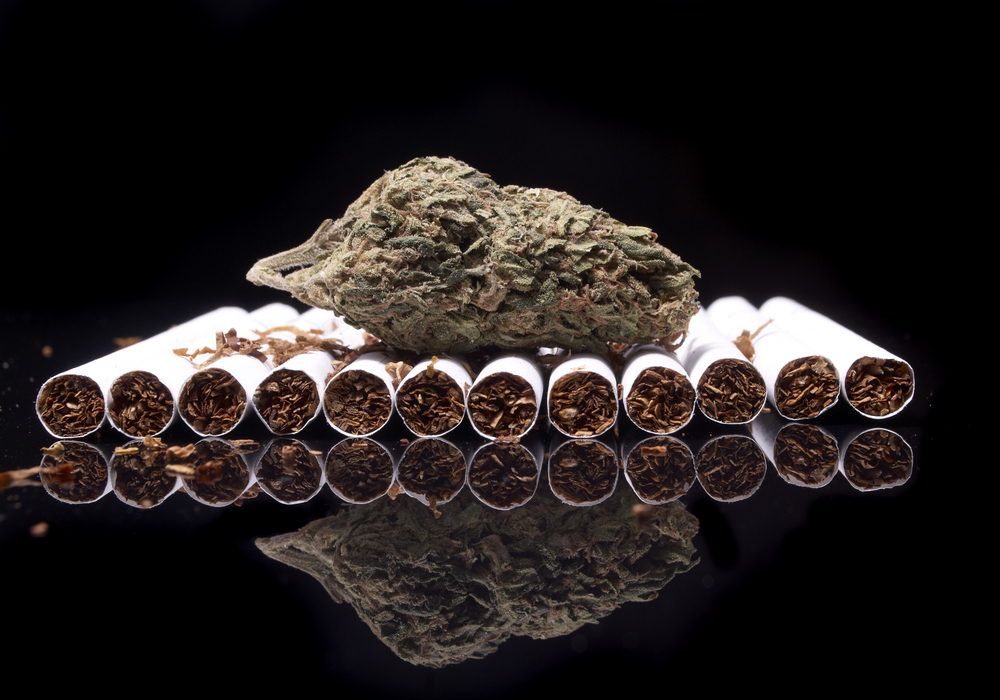 Cannabis, cigarette smoking and psychosis: do we need a rethink?

Sameer Jauhar writes his debut blog on the associations of cannabis and cigarette use with psychotic experiences at age 18, part of the ALSPAC study

It’s no secret why the mentally ill smoke. People smoke more when under stress and mental illness is stressful. The mentally ill don’t smoke to self-medicate any more than anyone else does.