Last year, Scott Hartman moved into his own apartment for the first time. He quickly learned to balance his budget, squirreling away money to buy a Blu-ray player or Xbox games. He started taking long walks to his favorite fast-food joints: Hardee’s, Papa John’s, Chick-fil-A, Taco Bell. To get to the science museum or the library, his other favorite destinations, he is learning the intricacies of public transportation.

Scott can enjoy these simple pleasures because two years ago he was finally diagnosed with autism. He was 55.

For decades, Scott had struggled to find his place in the world. Misdiagnosed with schizoaffective disorder and manic depression (now called bipolar disorder), he spent much of his life in and out of group homes and psychiatric institutions, often heavily medicated: At one point, he was taking 18 pills a day. 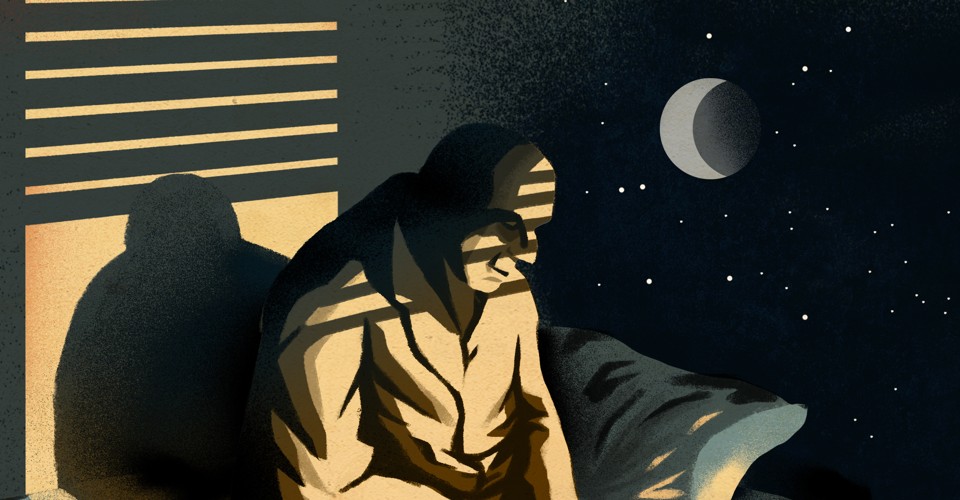 Some autistic adults have spent much of their lives with the wrong diagnosis, consigned to psychiatric institutions or drugged for disorders they never had.

That really sucks poor fella, I hope his life gets better

Although never diagnosed I have NVLD/Aspergers symptoms . I guess I was in my early/mid 40s when I came across descriptors for NVLD and thought “Wow,that explains a lot!”. Took me years to see the pdoc about my concerns in that area. Unfortunately it was an unproductive encounter. After asking a few irrelevant questions he cut the discussion dead very abruptly.
Due to past ,negative experiences trying to get more help I’ve not had the courage to press the matter further.
I think though it might explain why after 40+ years of almost exclusively medication I’ve not come near to what could be called a recovery. The social(interaction) problems especially have been chronic and enduring. The paranoia and social anxiety I experience tied in with the bullying and peer rejection I experienced in my teens for being physically and socially awkward. I had experienced teasing pre teens but nothing like the bullying I encountered on going to public school.
I guess I would like things acknowledged but am pessimistic at nearly 59,and with a lot of water passed under the bridge, that it will make much positive difference to my life.
I manage in a limited/restricted way but it’s not a life I would wish on anyone else.

I was diagnosed with schizophrenia or schizoaffective for about 7 years or so before I was finally rediagnosed with Asperger’s / Autism Spectrum Disorder, so I find this article interesting. Thanks.

I’m still waiting for the day someone tells me it was Asperger’s syndrome the whole time.

It would explain my always having been so different.

I think non verbal learning disorder(similar to aspergers) would explain why almost exclusively meds for 40+ years hasn’t bought me to a point of recovery or even near recovery.
Like you @mussel I’ve seen myself as different for a long time, somehow marching to a different beat.

Medication is the foundation but it takes a lot of work on top of it. Are you in therapy? Many of the issues you’ve mentioned can be helped with therapy.

I’m not saying that it’s easy or that you haven’t tried. Just promoting the idea that there’s more to recovery than just medication.

Yes, I am a strong believer that more than medication is required. Unfortunately I have had almost exclusively meds over 40+ years. Have had 4 brief attempts at therapy. Three with trained people and one with an untrained person(the last one).
I can’t remember much about the first one other than it was stopped after a few sessions.
The second and third I stopped after a very short while as they were pushing a “You can be a good person if…” agenda as though I was a bad person rather than a person who needed help and support with his problems. It was not a constructive and healthy environment.
The last one(untrained) saw me for about 6 weeks and stopped when I inadvertently upset her religious sensibilities. She had previously told me she was part of a small religious sect.
After that I was deemed unsuitable for therapy. It would have been good to have decent therapy but unfortunately that wasn’t how it panned out for me.

None of them touched upon the issues I’ve expressed here or gave me the space to do so.

Same here, I often suggest to myself I am more an autistic adult than person with schizophrenia. I was told that I had linguistic learning issue at young age.
I could only see how my performance deteriorated after the initial diagnosis and taking strong and sedative antipsychotics + antidepressant + anti anxiety simultaneously.