Im making this thread for people to share their experiences, interests, findings and observations about the great beyond. Anything astronomy related except stuff about “the aliens are here living among us”. No something real uve experienced or learned. Just anything. I love astronomy and space its so fascinating. I hope i get to live to see us go to Mars. My life would be complete if i was able to witness the first human step on Mars. Id probably cry to be honest because human exploration is so powerful and fullfilling to me. So share anything cool about this space we live in called the universe

We have selected regular people to be sent to Mars in 2022 I believe. And it will be a one way trip.

Mars One will establish the first human settlement on Mars. Mars One invites you to join us in this next giant leap for humankind!

Also it was really cool when the black holes collided and it sent ripples in spacetime. http://www.sciencemag.org/news/2016/02/gravitational-waves-einstein-s-ripples-spacetime-spotted-first-time

And seeing pluto for the first time was also awesome since all our pictures when i was in grade school were kind of garbage. 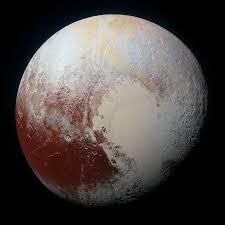 And 2001: a space odyssey was fantastic.

I have a technical question. How does one propel thru space?

It’s great timing that you post all this because I was just watching a panel of scientists from Bill Nye, Neil DeGrasse Tyson, Lawrence Krauss, Richard Dawkins, and some others. It was enthralling and they began talking about how the politics of the cold war brought science into it’s hay day and how we have lost out on so many opportunities because the politicians won’t allow it.

That’s a good question. It is said that in space there is nothing, but even the nothingness of space has particles coming in and out of existence all the time. So I’m guessing that is what rockets use to thrust off of when in space.

On another note, I really wanted to go to Mars because that’s just the kind of person I think I am. And plus I’d feel like I did something with my life. That was every kid’s dream when I was little but they say that they are not accepting new applicants to be Mars One Astronauts. Hopefully they do in the future and I can go.

Well u use escape velocity to travel out of a planets orbit. Then u use thrust (spaceship fuel) to propel urself through space and won’t be affected unless another force acts on u. The big myth is that there are no gravitational forces outside a planets orbit but in reality everything has a gravitational effect on each other. Imagine if Jupiter was half the distance to Earth there would be a change in the gravitational force that each exert on each other which is described by newtons law of universal gravitation. Everything is gravitationally tied to everything else, in a way, so the thought that gravity doesn’t effect u in space is a myth. But if u can exceed the escape velocity Earth exerts on a spaceship, for example, then u can escape earth’s atmosphere. Then in space u can use thrust (or an external force like rockets) to travel through space. Its even been considered to use the gravitational force of other objects like the moon or other planets to “sling shot” u to increase ur acceleration to travel further without using fuel.

In 2003 they discovered that the universe they could see through telescopes was only 4% of what is actually out there. The rest is “dark matter” and “dark energy”. Mysterious and perplexing. Also, according to one program about the cosmos, there are probably nine-billion earth like planets in the Milky Way galaxy alone. Because there are at least 100 billion galaxies in the known universe, there are 900 billion earth like planets in the known universe. They will probably revise that number when they study the universe further. Even if there are a lot of earth like planets out there, most of them will not have intelligent life on them. It took life on earth 3.5 billion years to evolve from microbial life forms to intelligent organisms. If we can study these earth like planets closer, we will probably detect a lot of primitive life forms. Even if we do find life as intelligent as us, it probably won’t be as technologically advanced. Human beings existed a long time before civilization came about.

A thing that always make me smile or doubt a little, is when they look for H2O in other systems for other forms of intelligence or lives. Hey, after all, if H20 is the basics of life on Earth (atmosphere) why wouldn’t be the basic of extra-terrestrial life too… Those guys are certainly wiser and than a whole bunch of others, but I’m in doubt in regard of their creative thinking.

They say that a planet that can hold liquid water is very likely to harbor life, if for no other reason because it is temperate. I heard on the internet about one planet that was so hot it rained melted iron - not a good place for life. They say that water is the universal solvent that mixes the ingredients for life. Water was where the first chains of amino acids developed that evolved into what we call life. Liquid water is a very strong indicator that life is likely to exist.

I don’t think terraforming is possible… not enough oxygen… but it does have a thick enough atmosphere to insulate.

Organic molecules… everywhere… (or so they say)

This is a good app 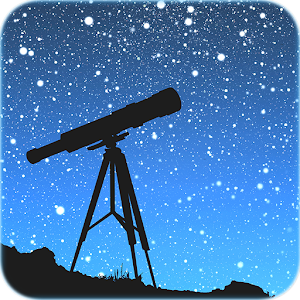 Hey, get outdoors with your friends and enjoy star gazing! Let StarTracker guide you to explore the universe.Just hold up and point the device to the sky and have fun! You can see any stars, constellations and deep sky objects you are watching in real time.<< Please REMOVE the metal case or magnetic cover to avoid interference and get accurate orientation! >>Features:★ All data is offline!★ Fits all screen sizes from 3.5 inch to 12 inch for any resolution!★ Sun, Moon, Planets in Solar System, 88...

Yeah, but you have to thrust against something. Just playing the gravitational pull of planets?

Astronomers have discovered a planet comprised primarily of diamond. It’s fascinating until talk of harvesting the planet for it’s valuable resource came up. Humans…

Not really. Equal and opposite forces. Fuel goes one way, rocket goes the other.

burning fuel is a force but it has to be against something.