Anyone here watch alex jones on banned.video .
He does 3 hour shows a day mainly talking zbout how the vaccines are bad and are killimg everybody. And how the new world order is on its final steps to take over the world lol. Hes got products like super male vitality

Funny, I should be dead 3 times over then since I’ve gotten two plus the booster

. My parents have miraculously survived the shot in their 60’s as well.

I used to watch him for comedic relief. But honestly he sprouts so much hatred and bile, and misinformation he has to be censored.

I watch him once in a while so I know what the whackdoodles are thinking.

My uncle is obsessed with that guy. I think he started canning back in 2010 because of that guy.

Alex jones is really good if you have paranoia

He probably tells some truths but mostly lies. Im not interested. I mean do aliens exist? Yes probably. But whatever who cares. Lol

Alex Jones is a huge douchebag. He published addresses of the parents of victims of the Sandy Hook shooting and encouraged his listeners to stalk and harass them.

Just recently a court ordered him to pay for the harassment and damages.

I wouldn’t piss on Jones if he was on fire.

If you want a real alternative news show check out Coast to Coast AM.

I should be dead 3 times over

I cannot understand this rage about the vaccines. I have both shots and the booster, and I’m fine. The vaccines are nothing, and they can prevent so much sickness and pain.

Quarterback for the San Francisco 49r’s?

I used to think his show was just some elaborate prank/joke, but the fact that he pushes such insane/ dangerous conspiracy theories and ideas, makes his show not so much a joke. I used to be surprised people actually follow his show and believe him, but things like that don’t surprise me anymore. The world is full of idiots.

He should start a career in voice acting.

No, I can think garbage on my own

Alex Jones can be pretty funny but Id rather wait for people to clip it than to actually spend time watching him in full. 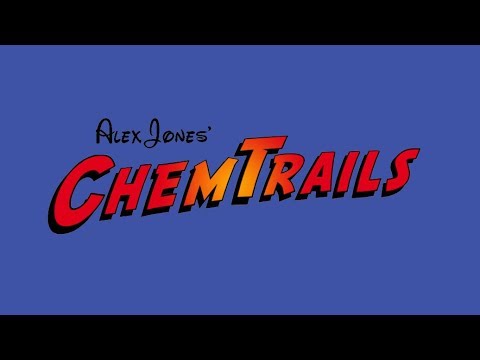 No. This guy is a grifter. Also I imo dangerous.

No thanks, not for me

Not the same idiot, but pretty much. 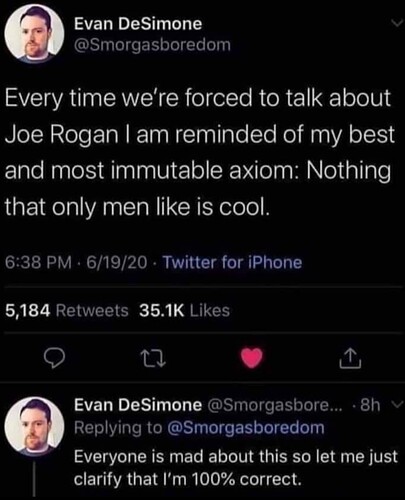 All of the same cloth - they platform each other. Festering division in the name of conversation and misinformation.