And god created potato in his own image

And on the seventh day he rested.

I consider this blasphemy but the whole potato god thing has always smacked of blasphemy…oh how cute they are using scripture that is holy and replacing God with a potato…getting rather irritable and raw where you guys have been rubbing me with all this…I guess it’s just another day in pagan land.

Chill a little bit. They’re having some fun. It’s good to have fun. It’s not like it’s a religion that’s sweeping the world and killing all those who don’t accept it. Of course since potatoes are healthy for you, then if you do reject potatoes maybe it will kill you?

no, they are making fun of the bible and I can’t tolerate it. I’m going to leave for a while and maybe this potato fun will wear out…seems the non believers really like sticking it to me that I’m a christian.

Don’t sweat it too much @jukebox. I’m not wild about the potato thing either, although for different reasons. It’s just what’s in right now. It’ll blow over. I understand it’s a little unappetizing to you, and I think that’s valid. I totally understand where you’re coming from. Try not to put too much credence into it. People will move on to the new flavor of the month eventually (although this does seem a little drawn out and half-immature).

No one cares that you’re a christian. We’re just having fun.

I’m going to agree that it’s tired and drawn out already. I’m not even Christian but what actually offends me is the lack of thought behind it. It’s ironic to suggest that religion is somehow devoid of thought yet engage in such blatantly thoughtless activities as mockery. Great, you know how to call something ridiculous but what do they have to say in place of it? Nothing.

So since God created man in His own image and you say He created potato in His own image, then does that mean that people look like potatoes? Is that where the potato head idea came from?? Revelation!
But I thought you said you believed in potato god. So how did potato god create potato in his own image?? Oh, now I’m confused again! AAHHHHH!

Oh come on, people. It’s just innocent, silly fun. There’s no hidden message behind it, no one is trying to mock anyone or anything. You guys sound like you’re 80 years old. Like you’re too old to act silly and have a laugh or something. It’s just stupid and overly sensitive to get offended by it or feel like you’re too “mature” for it.

Potato day? I have been out of the loop.

This happened yesterday but it was Saturday 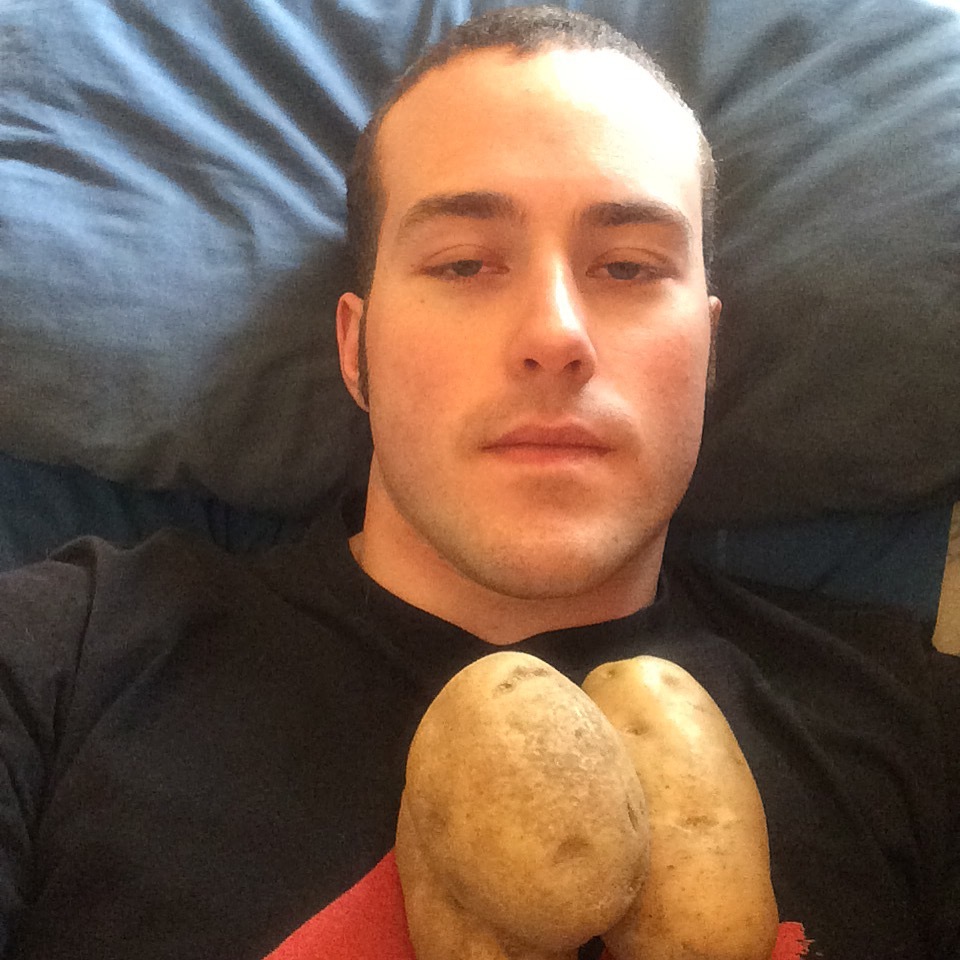 There is something to this potato stuff

I swear by potatoes and also cuddle them when I nap and then wake up to warm potatoes and it makes me feel complete and Alfred Adler smiles in his grave as holism is being practiced by a psych student to treat his schizophrenia.

I am not mocking god at all. What makes you think I’m mocking him? It’s a running, inane gag that will die out soon. I’ve been a Unitarian since I was 11 years old, and I went to church every Sunday as a kid for years. So I feel that I can make these stupid jokes. But hey, since I’ve known jukebox on these forums for years I will concur and stop the offending posts. But I don’t think they are mocking god at all, and I don’t care what anyone says to the contrary.

Nothing is hotter than a baked potato

“Debbie does Potato” or the classic, “Behind Potato Doors”?

thanks Nick. I have no problem with all the potatos being god thing as long as you stop using scripture with it. that’s all.

Everyday is a good day to worship potato.

But where did the sweet potato come from??? D: