There’s a miraculous new treatment for schizophrenia that could transform the way we treat mental illness. And then there are the terrible reasons why most medical professionals have never heard of it. (EARLY PSYCHOSIS TREATMENT)

When they began studying people who had developed symptoms only recently, they found that the changes to the prefrontal cortex and gray matter were far less pronounced. Patients were more sensitive to medication, which meant that the standard high doses created more debilitating side effects—and that low doses would be more than adequate to control hallucinations and delusions. Newly diagnosed patients also responded better to cognitive therapy to help them deal with irregular thoughts. Eventually, researchers homed in on a key variable: the duration of untreated psychosis, or D.U.P. They theorized that the shorter the interval between the first appearance of symptoms and when a person gets treatment, the greater the chance of some form of meaningful recovery. And here are the terrible reasons why most medical professionals have never heard of it.

SHeesh… please read the story before you start your negative comments…

“Nearly a decade after McGorry and his team published their preliminary findings, there is now a solid body of scientific research supporting the value of early intervention. Just this summer, a breakthrough study from researchers at Yale showed that early intervention actually saves money, in part because people who get the services are far less likely to need expensive hospitalizations. Within the EASA program, the rate of hospitalization among patients has dropped from nearly half of participants in the first three months to about 5 percent after 18 months. Lisa Dixon, the Columbia University psychiatrist who designed and oversees OnTrackNY, cautions that because early intervention is still comparatively new, there’s less data available on how patients fare later in life and how best to support them over the long term. But the results are sufficiently promising that national health care systems of the U.K. and Australia provide extensive early intervention services. They’re also widely available across Europe and in Canada.”

“medication is used at much lower doses than are used now and those “social services” are more than helpful, thet become the main focal point with specific treatments that keep the patient from the fate of most here under standard US care. There is hope for a semi normal life which is not the case now for most US patients.”

Well i wish i started meds in my teens, i might not be in the mess i am now if i had.

I did not respond to meds at all in my teens. In fact, they made me feel
a whole lot worse. But I didn’t actively hear voices at that time. My
"treatment" plan in my teens was rather incompetent. They kept me on the
same drugs for several years even though I had little to no response to
them. I would stop taking them for a few weeks and asked my dad if he
thought there was an improvement from medication, and he praised the
meds and said I was doing much better, even though I had stopped taking
it. Plus they had me on the worst ones based on my research. I
eventually stopped taking them altogether for several years, and although
things weren’t perfect, at least I didn’t look like I had down syndrome
from them. I’m certain if I would have stayed on them I would be a diabetic.

I remember in my teens when I was on medication, my therapist would actively check my arms for track marks because I looked so sickly from medication. But things are getting better when it comes to antipsychotics. If ITI-007 pans out, it will be a great option for the youth and people who are non-compliant because of side effects. Things can only get better, but let’s not pretend currently that these meds are always the best option for everyone suffering from MI. I was told a line of BS as well as my family that my “illness” made me not want to take the meds and it was nonsense that some of these meds have monstrous side effects. Turned out later one of the meds I was on was a real poison and there were several law suits over it and how they targeted teens with it.

At one point they had me on 40 mg of Haldol a day. I don’t know what the reason for that was, unless it was to satisfy their sadism. When they put me on the Haldol shot it averaged out to 3 mg of Haldol a day for me, and I did just fine.

SHeesh… please read the story before you start your negative comments…

How is pointing out the truth negative?

i did read it, & this stuff has been doing the rounds for years - put more people on more drugs at a younger age. i think it’s very debatable what efficacy that has on aggregate - But what sense will i get trying to argue against ‘it’s all brain disease & the only treatment is drugs’ paradigm?

The thing is - schizophrenia - like virtually all illnesses - if you treat it early on (just like Cancer or heart disease) the course of the illness is much better, and “LESS DRUGS” are needed overall.

This isn’t an argument for or against whether its biological - the treatment (and this includes significantly with both medications and Talk Therapy) as quickly as possible, is whats important.

None, because some of you are still deeply rooted in mythical thought, transformed into romanticism, transformed into modernism, wrapped into few pick- up lines from few postmodern theoreticians, mixed with the society ■■■■■■ me up self-compensation…
and sold on the wrong forum whatsoever!

The thing is - schizophrenia - like virtually all illnesses - if you treat it early on (just like Cancer or heart disease) the course of the illness is much better, and “LESS DRUGS” are needed overall.

This isn’t an argument for or against whether its biological - the treatment (and this includes significantly with both medications and Talk Therapy) as quickly as possible, is whats important.

i’m Not trying to oversimplify things - i take a genuinely integral/holistic view. Of course more comprehensive understandings/approaches improve outcomes - i would have thought that rational & obvious?

Let’s pretend the meds would have prevented me full out telepathic
attacks and the metaphysical journey I went on. It doesn’t matter to me.
They were still inside my head, but I didn’t know, and I was a 100
times more miserable (on or off meds) than I am now. This saved my life,
and I am quite certain without full out telepathic attack and these
surreal experiences I would have committed suicide. It awakened me to
the heart of the problem, and knowledge has fruits.

As an aside Admin - i accept the diagnosis/label/condition/illness & medication - i acknowledge the physiological aspects of it all - i concede to psychiatry & the culture/society that i’m in.

What more do ‘you’/psychiatry & this society want?

A new & miraculous treatment!? What, actually helping people? Is this culture that insane that this is considered ground-breaking?

Another Amazing & Miraculous, Mind Blowing Discovery that no one has come up with before - 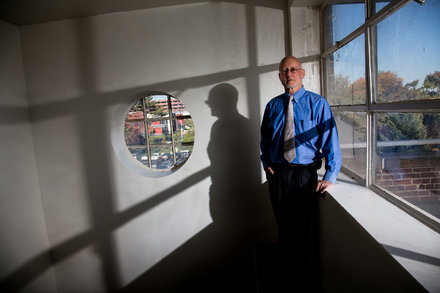 This World is a Loony Bin.

This World is a Loony Bin.

The loony finder general must be a busy person.