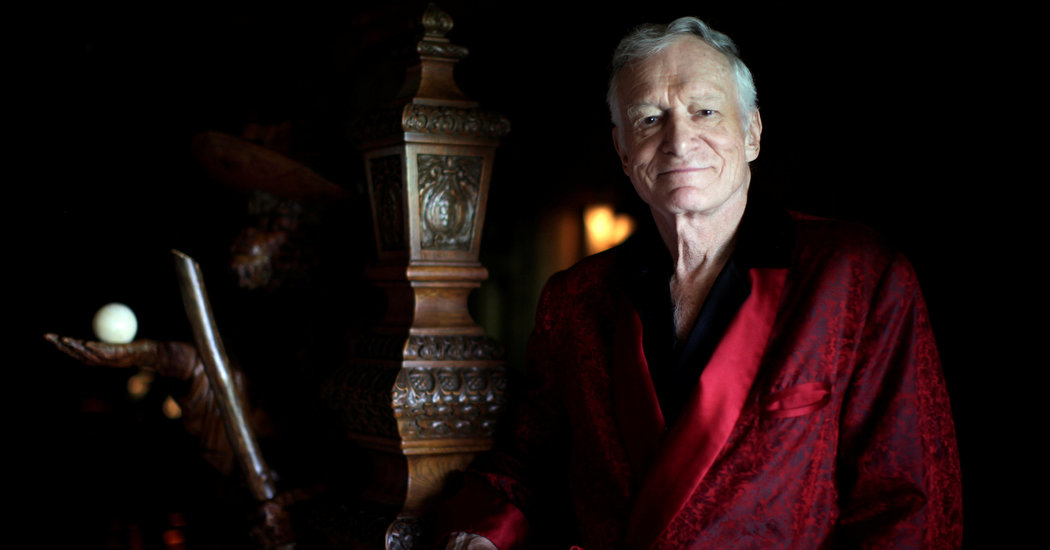 Hugh Hefner, Who Built the Playboy Empire and Embodied It, Dies at 91

Mr. Hefner, the magazine’s very public avatar, styled himself as an emblem of the sexual revolution.

Crazy though. another cultural icon dies. I wonder who all these folk are going to be replaced with.

Hunter S. Thompson, David Bowie, Kurt Vonnegut, Isaac Asimov, Carl Sagan… the list just goes on. Priceless minds that no one can really stand to fill the wake of.

I think the 20th century had a lot of special stuff going on in it. Just think the light bulb became commercially available right after the turn of 1900. Now I have a semi-conductor based beast of a computer that is only effectively counted in the trillions of calculations per second range. Operating at power thresholds of only 10-11 of the typical incandescent bulbs. Probably the wattage needed to keep a decent bulb going at all at first.

100 years… the most significant 100 years in human history regarding world development and that of understanding.

I’m real afraid because it’s still a coin spinning in the air… Can we get it right in the end?

Let us celebrate his life by posting our favorite spread shots of various playboy bunnies on this thread.

That would go over well LOL…

I have but one magazine in my house and it’s a playboy.

Read it for the articles of course.

I have but one magazine

I only have one as well, but it is not Playboy

it ain’t a playgirl is it boss?

Which one? I mean it’s not just you in a magazine. It’s a schizophrenic!

It can still be bought on line, so I remain silent

Well he lived a good life…

yeah man. Somehow the dude made being a publicly known pervert a profession.

I’m still not on board with the free love movement. I think sex is tremendously more fulfilling when sentiment is involved. It’s that scandalous frisk over powering people’s values that scares the ■■■■ out of everyone… and the people who just want the scandalous frisk to over power it because that’s all they know how to work with roaming around like cut throat giants in themselves demoralizing everything that are lost.

It’s sad to find out that so many poly amorous women can’t climax… but it’s also telling to the fact that they are doing it wrong. It’s also sad that in general sexual partners are just that disappointing as life mates… or even simple romantic partners who are geared towards positive development in everyone’s understanding of their needs.

Polysexual activity is indeed one of the most derogatory and self-damaging forces on the planet. Many men and women just wish it was the way it was because it doesn’t seem like they can wrap their heads around much else.

I can’t wait until I make enough friends in my adult life I get my safety bubble of folk who see it that way who have as much going for them as anyone else and just chose to live respectably because they know it’s right.

I will be breathing free and happy when that day comes!

tech is growing so fast i wonder what computers people will use in the next 100 yrs.

heaven must be a huge letdown for that guy

yea, no Viagra where he is going…lol. anyway, still respect the guy. Don’t agree with all he did for society. wasn’t playboy itself just more of articles and pics than anything else towards the end? I dunno, didn’t keep up with them.

God bless him. He made my abstinent high school years bearable.

I wasn’t a big fan.
He was a sexist Old Pervert.