Quantum mechanics (QM; also known as quantum physics, quantum theory, the wave mechanical model, or matrix mechanics), including quantum field theory, is a fundamental theory in physics which describes nature at the smallest scales of energy levels of atoms and subatomic particles.

I feel like my schizophrenia and consciousness is affected by quantum mechanics.

I don’t believe it. The theory was begun by people affiliated with unscrupulous culture, and it seems like something that’s both too easy to lie about, and just happens there is nothing to show for it.

What it does though is that it tricks people into believing reality is what it isn’t, and people and their minds are what they aren’t. This has been something that has plagued the human species for long before written languages, and now that written languages have pillared the vast understandings of knowledge in sciences and technologies, economics, and self awareness perhaps some are looking for a way to place people back to sleep with something that would work but from a “scientific sci fi paranormy story” instead of the old tried and true ancient story tale about beings and people that could mind meld and perform impossible things. Both are sci fi paranormy stories however the quantum theory hoax is a hoax that doesn’t involve the anthropormizing things that are not socialitic, and it comes without the ancient old story tale protagonist and antagonist. Rather it is mundane just like “science people,” eh. lol

A lot of people are fooled by it, but humans are innately prone to be fooled by sci fi beliefs as a result of being what minds are phenomenally.

The most interesting part about it is that it attempts to put people back into the lost alleys of the “labyrinth” to be chased by their own “ego’s minotaur.” In other words it is to make them delusional and mentally ill just like the ancient sci fi beliefs did to them for so long.

Everything is energy and vibration. And by the time we become fully aware of the present moment, it has already happened, it’s in the past.

All I know is that there is so much we have yet to truly understand about science and theories. What about gravity? What causes it? Is it the spinning of a planet/star? I dunno man. I enjoy reading about science. Quantum mechanics seems like a series of theories trying to explain a number of things that are still incomprehensible. The gravity must be messing with our brains.

I think my delusions and memories come from parallel universes or past lives that no longer exist. I have no clue how this works and even how such a thing would be possible with quantum mechanics lol. Maybe it’s just further evidence we live in a sim?

I can barely afford a regular mechanic.

I’m in grad school studying physics, so I actually know a lot about quantum mechanics (well, more than the average person lol). I’ve got a lot of secret beliefs about it & how it affects the brain…and I say secret because it’s they’re literal feelings/sensations in my own brain that idk maybe other people feel too. I try not to put words to it, though…just to let the mathematics speak for itself. Anything else is what I call “beyond imagination”. Doesn’t prevent me from having my feelings, though! It’s a very strange feeling being at two opposing ends of reality like that.

Quantum mechanics is a logical but very weird theory that attempts to explain the results of very unusual experiments that “real” scientists do in “real” labs. It explains weird behaviors of “spin” and quantized angular momentum that we don’t experience in everyday life. These are “real” experiments with “real” results. Quantum mechanics is incomplete but it is based on really hard science which people can’t possibly appreciate or talk about coherently if they don’t understand the math behind it.

Very cool. You must be smart.

Yeah. I think with quantum computing they’ll have a lot of neat new things to discover that were previously deemed impossible. People dreamt of flying once… I have a feeling there are things faster than the speed of light, we just don’t have the technology to observe it.

Thanks, I know just enough about it to know I don’t quite understand it either lol

Haha thanks I dunno. I mean “yeah technically” but tbh I don’t actually think it’s myself that is good at this stuff…I’m just good at reading people’s minds & catching onto the “brain vibes” of a lot of smart people around me.

Those are my beliefs, but I also just like that physics gives me some grounding in objective reality. I think without it I’d get totally lost in my own subjective one.

Ha! Didn’t Feynman say something along those lines once? QM is a puzzling one to be sure…

What I don’t understand, is why they do not view different spin factors as different angles of spins that take place within Space-Time.

An electron may be orbiting around a nucleus of an atom, and it does so at a specific speed. However, if this spin is a 4D spin, then the axis may be tilted such that it requires more than one spin to occur for it to return to its original orientation. Tilt one step further, and it may require 3 spins before it returns to its original orientation, etc. Meanwhile, spatially, it still seems to be spinning at the same speed.

Thus a photon may hit the electron and in turn shift the electrons 4D axis orientation. Each time an electron is struck by a photon, this raises its 4D spin angle to the next level, thus the number of spins that are required for the electron to return to its previous orientation have increased.

have yall heard about string theory? 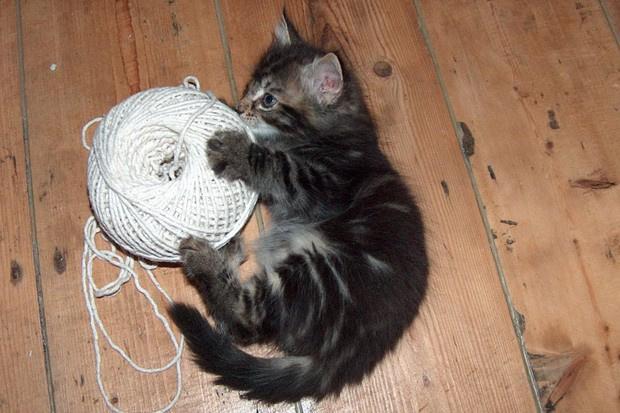 this image sums it up pretty much

I tried learning the basics of quantum mechanics from Leonard susskinds books and lectures. But it was too hard after the first couple lectures because I never took a physics class before. My goal is to learn classical mechanics, motion, and electromagnetism first and then move up the ladder in physics.

I don’t claim to understand QM or String Theory at all, especially the math even though I was a math major in college.

It’s hard stuff and takes years of dedication and practice.

I really like susskind. He talked about simulation theory. I watch a lot of physics videos for fun and sometimes podcasts and read news articles. I’m currently subscribed to r/physics.

In a past life, a long time ago, I got up to quantum physics in feynman’s lectures on physics. I own his first book. I was reading it fine a couple years ago, but then relapsed. I relapse a lot. Mental illness sucks!