Patients with schizophrenia experience cognitive deficits that play a central role in predicting functional outcomes. In this study, we sought to evaluate the effect of transcranial direct current stimulation (tDCS) on cognition using meta-analysis. A search was performed from inception to 8 January 2019, to identify randomized controlled trials assessing the ability of tDCS to ameliorate cognitive deficits in patients with schizophrenia and schizoaffective disorder. The effect size, calculated as the standardized mean difference (Hedge's g), was obtained with a random effect model. We analyzed mean effects on specific cognitive domains that were evaluated in four or more studies. Nine articles were included in the systematic review, which encompassed 270 patients: 133 in the active stimulation group and 137 in the sham stimulation group. Meta-analysis demonstrated a significant mean effect of tDCS on working memory (SMD = 0.49, 95% CI = 0.16 to 0.83), while non-significant results were produced for other domains. These findings were supported by sensitivity analyses indicating that the results would not change in a meaningful way after the exclusion of each single study, and meta-regression analyses verifying the consistent effect irrespective of any moderators. Thus, tDCS may provide a potential option to improve working memory deficits in individuals with schizophrenia. Further trials examining the cognitive benefit of tDCS with medication or other adjunctive treatments are warranted.

tl;dr They found that it was effective for working memory over 9 studies, with non-significant effects in other domains.

Cool. I wish the machines were more affordable though.

There are cheap devices on the market. However I reckon previous studies were all against any effect on TDCS.

I do have a device, tried it, won’t notice the difference 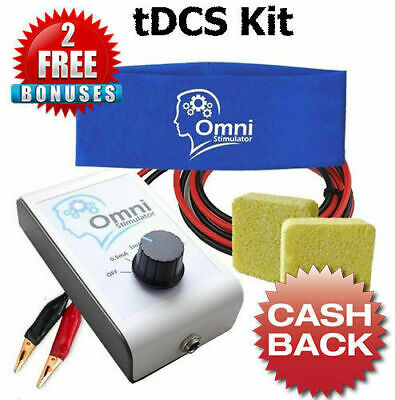