Deer almost ran into me

Wasn’t paying attention she almost ran into me! Then she stopped and ate some leaves I got a pic! 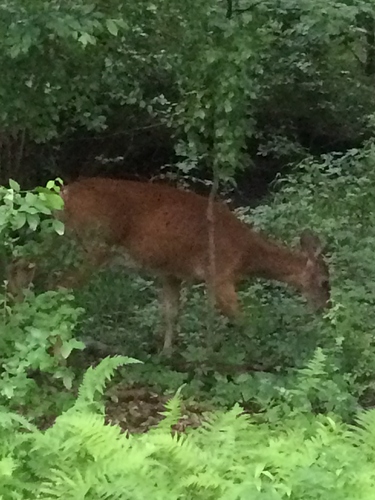 About 15 years ago I was out for a run down a remote dirt road. There was a fawn next to the road and it chased/followed me for 1/2mile til it stopped. I wanted so badly to stop and pet it but didn’t. Recently the nys dec has issued notices to leave fawns alone. Some lady caught one and tried to sell it on ebay or maybe it was craigslist.