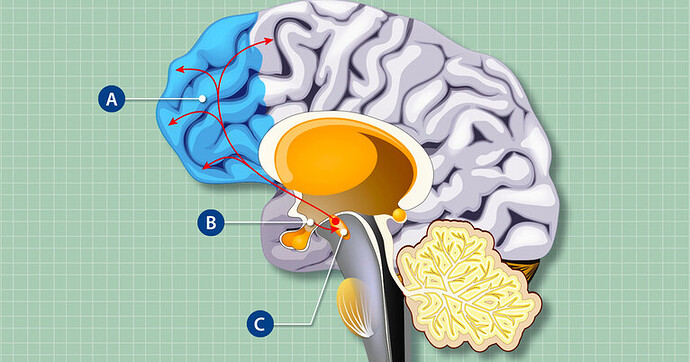 Cells that control hunger have a strong influence on the brain’s higher cortical regions. The findings could lead to new treatments for psychiatric illness.

In fact, dysfunction in the prefrontal cortex is linked to several psychiatric illnesses, including schizophrenia and major depressive disorder.

After uncovering the effects impaired AgRP cells had on the cortex, the researchers then tried to avert them. They found that clozapine — a type of antipsychotic that blocks dopamine from acting and is used to treat schizophrenia — was able to prevent some of these problems, including neuron loss, when given at the right time.