I personally love the Alien series (except after aliens). And the new movie Alien Covenant is coming out. But which one would u be? The greatest killer or the greatest hunter?

I think most people assume I’m a predator anyways.

I remember watching an Alien versus Predator movie: the one with the nuke. it was cool until the cool person died. but the movie is definitely scary and creative.

Alien!
always played at one in the games and have a odd feeling of sisters ship with the aliens as in wanting to be some type of hybrid ( form the comics )
used Alien_Queen as a nick for a time too

What I always wanted to know is how the aliens grow so big so quick. In alien vs predator 1 the aliens went from little baby ones to full grown monsters in about 15 minutes!

I picked Predator, just because…

What about the predailen be both! 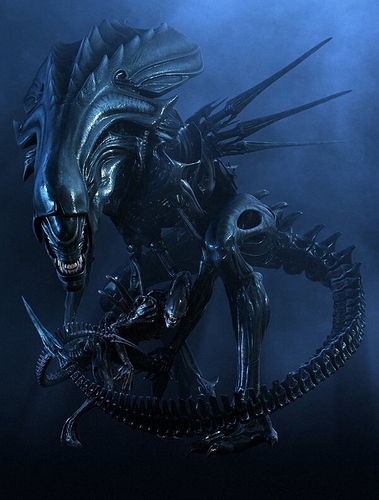 My theory is the engineers (prometheans) genetically made them to grow very rapidly to make them better killers. The engineers had to make an organism that could age faster then humans. If uve seen prometheus. Because the engineers tried colonizing earth and we were born from the colonization and eventually viewed as an abomination so they had to make the alien to kill us off.

I picked predators only because they look cool, lol. No other reason