Your Favorite movie and what it says about you

Fire a.way come on everybody has a favorites

Don’t really have a single favourite film. I was impressed the other day when I watched me and earl an the dying girl. Really thought provoking so that has my vote for now.

When i was university i was really impressed the movie dony darko because it s explain schizophrenic doomsday feeling and shizophrenic supernatural time collapses.i was really impessed that movie has such a good understand this disease instict.

if I may intrude into your Iives …mine is platoon

Really? Darko is your introducthion to FULL Psychosis?

"beavis & butthead do america"
what does it say about me hehe?
i think i poop to much.

.meh… Beavis and But head could have done better.

as fur that whole pooping? Make sure that YOU can back it up.

Laurence of Arabia. It’s a beautiful movie to watch, and an amazing story. Here’s my favorite line:
[Lawrence has just extinguished a match between his thumb and forefinger. William Potter surreptitiously attempts the same]
William Potter: Ooh! It damn well 'urts!
T.E. Lawrence: Certainly it hurts.
Officer: What’s the trick then?
T.E. Lawrence: The trick, William Potter, is not minding that it hurts. Fracture is a 2007 American-German legal drama film, starring Anthony Hopkins and Ryan Gosling, and directed by Gregory Hoblit. It is the story of a man who shoots his unfaithful wife, placing her into a coma, and who then engages in a battle of wits with a young assistant district attorney. The film has a 71% critic rating from Rotten Tomatoes and grossed $91 million.Filmed in California. Theodore "Ted" Crawford (Anthony Hopkins), a wealthy and resourceful Irish aeronautical engineer in Los An...

It taught me a lesson that no matter how hard we try to cover up our error, eventually someone will find out the truth.

Requiem for dream
Departed
Melancholia
Biutiful
All Innaritu’s movies
Its says that something is wrong with me…lol
Also…that there is no escape…no escape
Still it feels good to be alive every now and then. The Searchers is a 1956 American Technicolor VistaVision Western film directed by John Ford, based on the 1954 novel by Alan Le May, set during the Texas–Indian Wars, and starring John Wayne as a middle-aged Civil War veteran who spends years looking for his abducted niece (Natalie Wood), accompanied by his adoptive nephew (Jeffrey Hunter). Critic Roger Ebert found Wayne's character, Ethan Edwards, "one of the most compelling characters Ford and Wayne ever created". The film was a commercial succ...

Reverend Clayton: Well, the prodigal brother. When did you get back? Ain’t seen you since the surrender. Come to think of it, I didn’t see you at the surrender.
Ethan: I don’t believe in surrenders. Nope, I’ve still got my saber, Reverend. Didn’t beat it into no plowshare, neither.

I loved Gladiator - It has Action, Drama, Romance etc… An Epic film.

Shawshank redemption is my fave. I like to think i will be crawling out of this prison i have made my life into in the near future to find freedom.

And for a laugh you can’t beat office space

Princess Mononoke is my favorite- a cursed young warrior and his anima and crap. 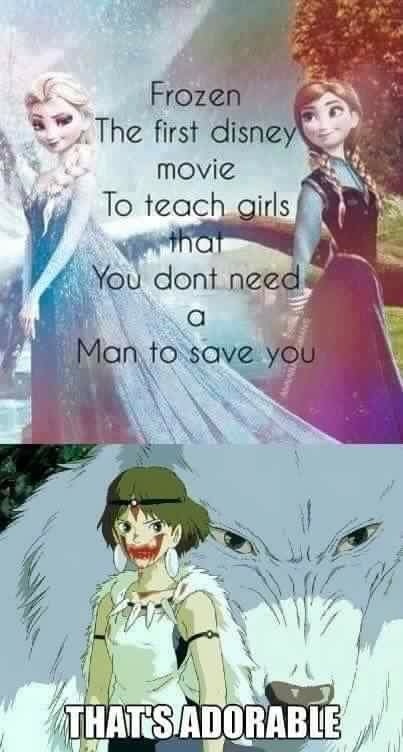 Oh, and what does it say about me? That I’d probably rather not live on this planet. LOL!

They filmed Office Space right next door to where I used to work. Love that movie!

Star Wars or Summer Wars because I identify with Luke Skywalker and Kazuma Ikezawa heavily. For Luke I identify with it because Im searching for that adventure that thing to get me off the boring tattooine and I just relate basically everything with Kazuma like everything its weird

I’ve seen as many times as I could back when there was no such thing as DVDs or Netflix. It was all part of the space race as I also watched the moon landing live and that all had a big influence on wanting to be a scientist.

I don’t think we should waste money doing a maned Mars mission with all the problems on Earth. There are space stations and probes that can go and send lots of data and video.

The United States has to return to its industrial base and lead the world in Honesty and technology. When I grow up we made the best products in the world. We need to stop buying cheap copies of junk and rewarding those that steal and copy without paying any mind to patents.

This requires hard work and dedication. Wasting time playing video games as some able bodied people do only makes one a passive observer of reality.

O no there I go with my delusions about the world again.

U love space too? Me too! I haven’t seen Pandorum I need to check that out. Space is amazing, everytime i look at the stars i see a beautiful story of a forming nebula. People don’t get that plants and animals aren’t the only ones with life but the universe itself. Check out the shows Cowboy Bebop and Space Dandy u will really enjoy those