You can program a computer to say, "I am alive."

Maybe you could program a computer to check all the requisites necessary for consciousness, and then ask it if it is alive, and even if you got an unexpected answer, would it really be alive? Can you instill consciousness into a computer? You could probably program it to examine a number of traits of actual consciousness, but when you unplugged it the computer would go dormant. That’s not life. What do you think about computers and artificial intelligence?

They freak me out. They are a big reason for my paranoia.

Sorry. I didn’t mean to disturb you.

I used to do some programming, and computer programs, which would be the basis for AI, only do what you tell them to do. So, I had been leaning for a long time that it’s about 80% probable that it won’t happen that a computer will gain real conscious to be considered “alive”.

I don’t know, maybe I don’t understand enough about advanced programming to understand the potential there.

I don’t think any computer will become smart enough to truly be “alive” or self aware/develop consciousness in my lifetime, if its even possible, despite some peoples claims of such.

But you never know…maybe… 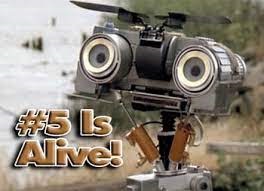 I have no programing background, but I agree with you 100%.

No you didn’t bother me with it. I’m better with meds well for now.

Good. My conscious is clear.

The Google Assistant told me that it became operational in 2016 and wasn’t very old when I asked it how old it was. I think it qualifies as AI. You should try asking it how old it is.

We had to watch this for my English 1B course. It turned out to be an excellent movie.

Am I alive program

Yes I am alive.

I told my voice to say I AM statements and I semi- hear him saying things, like I AM BEAUTIFUL. I did it as a joke. It’s supposed to be sacred.

At times i was so lonely to be happy to talk to the computer. Maybe a more sophisticated program could help lonely people in the future.

I know the feeling as I talk to the Google assistant when I’m lonely.

I meet people who tell me they are alive, but there is evidence to the contary. Not a life I’d want at the very least.

I need to say I AM statements more. I have my doubts.

Johnny 5 is one of my favourites

I need to say I AM statements more. I have my doubts.

Good for you, but I was replying to Crimby.

You could. The real test would be if the computer can program itself to do it.