Days were passing slowly as i waited in the front of the Gate, just like a poor man from the Kafka’s parable “Before the Law”. Waiting, counting, observing the gatekeeper. ■■■■, is there any flaw on the stone for some seductiveness to sneak in? Universe remained silent.

Seriously, a lot of bad and less bad things happened during the last month ( only my English resisted the cruelty of Change) .
I’ve been to Denmark, a land of Hamlet and Lego’s. Hey @BarkingDog i like your people man! It wasn’t my fault that i couldn’t contact you so we can play together in the Legoland.
Next year, hopefully! Too bad i can’t post the photos ’ cause im probably gonna stay a “new member” forever.

The final exam is getting close and i have to learn a bunch of state laws, school laws and other stupid…laws.
Yesterday we had a birthday party for my baby boy. Luka is four now, yaaay!.

Heroin monster is almost killed. I might never been what i was but at least i still have something to become.

Oh. About resentments. I was enlightened by the God of flesh and blood that other people’s reactions have less with what we said or done than what it actually represents and stands for: their own fears and feelings locked into trauma, their own battles. What a liberating cognition !( could be useful for some folks here as well)

@Smprz84, master Darksith and other beautiful creatures here: i’ve been missing you

oh wth i thought her first name was sarad lol

welcome back sarad…was really quite worried about you. glad you’re back.

Your like a Phoenix rising from her ashes!!! Look at that hot new avatar pic!!

I have been waiting for you at the gates, I would have snuck you in. However, you know how it is around here in cyber world.
So glad you are back. Much love!!!

lol you know that game I was talkin about before? It begins now!

Run for the hills!!!

More like a Baudelaire’s albatrosses. If we are getting poetical here.
They walk on the ground dragging their white wings through the dirtiness of the mug.

How are you doing? Any love affairs? How’s wellbutrin working?

You are an artist, I can picture that bird.

I took Wellbutrin for like 3days. I call it hellbutrin, it makes me too edgy and insomnia. I’m still trying to find what works for me.

My love affairs have been obsolete. I’m tired of every guy I like, being straight. I need to live on a gay planet somewhere, so there is no confusion. I’m the only gay sz on here, besides mouse, who is bi. And we just wouldn’t work… How’s you and your man?

Hey, if you need someone to manipulate you, buy you some sexy lingerie and tell you sweet lies while stroking your ego, i can volunteer.

Until you find your kind.

I grew upon that.

I’m glad you’re doing well. You sound more upbeat than at times in the past. Good luck on your exams.

I wouldn’t have brought it up but since you brought it up first I just want to encourage you to have a drug free life. You can’t have a good life if you do heroin. And, I think you are intelligent enough to know that. I was a crack addict, I know the life of doing drugs. It’s not pretty.

glad to see you again…i was worried.
happy birthday to your baby boy, Luka

…and here is a rainbow for him and you

I just need to switch it to some healthier addiction.

master Sith… I felt your presence on this road. Thank you.

@sarad don’t spread your nihilistic euro bs here. None of the other euros do.

You just want to get ■■■■■■ and have money lol. I’m sorry but there is at least a minority that is deeper than that.

(Sue me) oh yeah they already have. 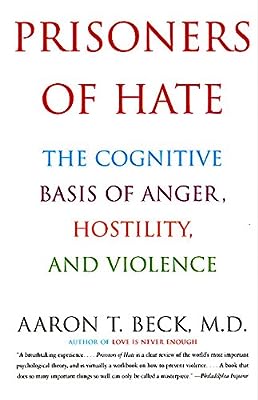 Prisoners of Hate: The Cognitive Basis of Anger, Hostility, and Violence

World-renowned psychiatrist Dr.Aaron T. Beck, widely hailed as the father of cognitive therapy, presents a revolutionary and eye-opening look at destructive behavoir in Prisoners of Hate.  He applied ...

Regarding Sara ms d let it be shown what hos do to me.

Hostility… A product of confusion and disappointment.

And that makes no sense. Signing out.