Wish i can work to immigrate to canada 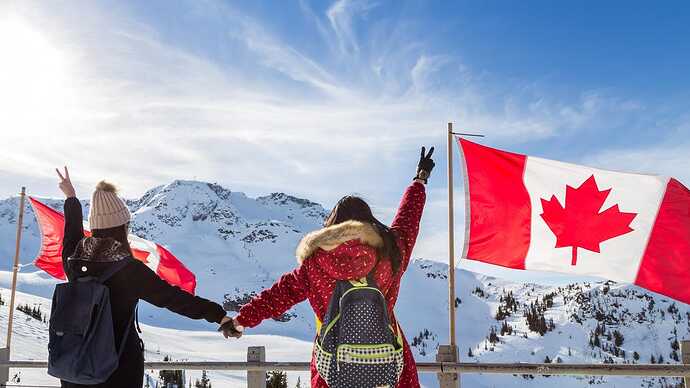 What If, Hypothetically, You Really Want to Move to Canada ASAP

Enjoy this guide on to how to emigrate to Canada, just because.

Heard you have guys need immigrants for working in restaurants.

From what I’ve heard it’s very difficult now to become a Canadian citizen.
They don’t like accepting the severely mentally ill.

Yeah no hope for me - but i hope my husbands friends can get in.
They want to move to the UK or Canada before things get worst.

I don’t think there is any country that likes to accept the mentally ill. Luckily I can move within the EU.

The EU seems to be stable in general. Yes, thats nice you have options @Jonathan2

Nobody likes us.
We should make our own land.

A woman I met on Bumble is an immigrant to Canada. She told me she had to apply multiple times and finally got accepted.

We allow a a lot of refugees and immigrants with professional degrees to immigrate here, and then allow them to invite their families too. The problem they all complain about is that in many fields we don’t recognize their foreign degrees so they can’t work in their chosen professional. We have medical doctors working in restaurants making salads. Many professionals have to go back to school to meet our standards to enter their chosen field. Stuff like that is frustrating for everyone because we need more doctors and nurses and they can’t practice.

We have a show in Canada about a Syrian immigrant who came to Canada but couldn’t practice medicine even though he was a doctor and had to overcome numerous obstacles to resume his career. It’s a medical drama called “transplant”.

My mom was a nurse and she worked with a muslim immmigrant who she said was highly knowledgable in medicine (he was a doctor) and she learned a lot from him but he could only get an assistant job in the hospital. he couldn’t work as a doctor because his degree was foreign and not recognized.

Transplant is a Canadian medical drama television series created by Joseph Kay, which premiered on February 26, 2020, on CTV. The series centres on Bashir "Bash" Hamed, a doctor from Syria who comes to Canada as a refugee during the Syrian Civil War,[a] and is rebuilding his career as a medical resident in the emergency department at the fictional York Memorial Hospital in Toronto. In June 2020, the series was renewed for a second season, which premiered on January 2, 2022 on CTV, then March 6 o...

We have medical doctors working in restaurants making salads

That’s crazy - but you guys need restaurant labor too i heard.
So many Americans say they want to go to Canada in the past, Do you see that?

I agree. My father has a foreign civil engineering degree thats not recognized here in Canada. He ended up working in a supermarket in fruits/veggies section. He was too old to study engineering again starting from 0. He was in his 50s back when we immigrated to Canada. Now he’s 75y.o. My mother was 35y.o. so she was able to study accounting starting from zero as her foreign accounting degree is not recognized. She still works in accounting now, she’s almost 60y.o.

I wouldn’t come to canada if you have sz. Disability payments are so low compared to cost of living that you are better off living in some places in the US. There’s a bill being tabled by federal liberals to increase disability across country to 19000 a year but that is still too low to live here.

From what I’ve heard it’s very difficult now to become a Canadian citizen.
They don’t like accepting the severely mentally ill.

Schizophrenia is known to trigger the excessive demand provision of our immigration policy.

You won’t be allowed in if you disclose and you’ll be deported if you fail to disclose and it comes to light. You’ll also likely leave with a bill for the medical services.

We have medical doctors working in restaurants making salads.

One of my friends immigrated from Lebanon. He was an avionics engineer in his country. They put him to work baking pitas here. A complete waste of talent - he is one of the smartest people I know and would have been a boon to industry here.

I guess in the US - educated professionals get it easier to work in the field they are in. My psychiatrists and doctors are mostly from India or the phillipines. Not sure if they have to study again to work in their field.

So many Americans say they want to go to Canada in the past, Do you see that?

Lol, yeah, I hear about it all the time. Especially when the Republicans are in control and do stuff that drives the Democrat voters crazy.

and America is more on the conservative side

Unless you are unfortunate enough to live in Alberta.

but you guys need restaurant labor too i heard

Nobody wants to work in restaurants here because you can’t make enough to pay your bills at the end of the month. I have no sympathy for restaurant owners. They are – most of them – exploitive and deserve every bit of misery they are going through right now.

I would never give my British citizenship up. I’m proud to be Britsih.