Why is lust bad for me?

I have been lusting after this man

So basically physically attracted to him

But I don’t even feel comfortable around him.

So why can I not let go.

Why is physical attraction so powerful.

Why is it not the compatability that is more powerful as that would mean better teamwork thus better evolution so yea…?

Sex is good and were naturally made to have those feelings. But when sexual attraction controls you its just an addiction to sex a.k.a. lust.

I really need to get over him.

As I am just so stressed.

And I know i’ll start drinking again, if I meet him

Physical appearance is the first thing a person notices about someone. That’s why lust even though it is natural can be so dangerous.

Yes I think my attraction is out of control.

Because I don’t even feel comfortable around him but I want to keep in contact.

Doesn’t make sense to me.

It’s obvious this thread is about me. But I’m married @LittleMissSlothy and there are plenty of fish in the sea. Please move on and get over me!

Thats okay im sure youll figure it out

i was thinking the same, third time this month

Yea this is also true for me. 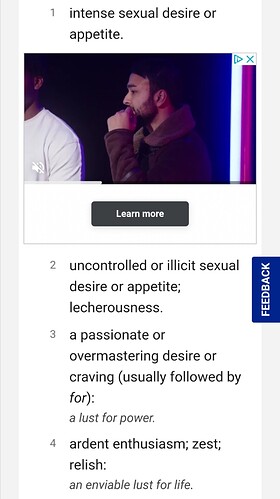 I think for me it is an overmastering desire., number 3. 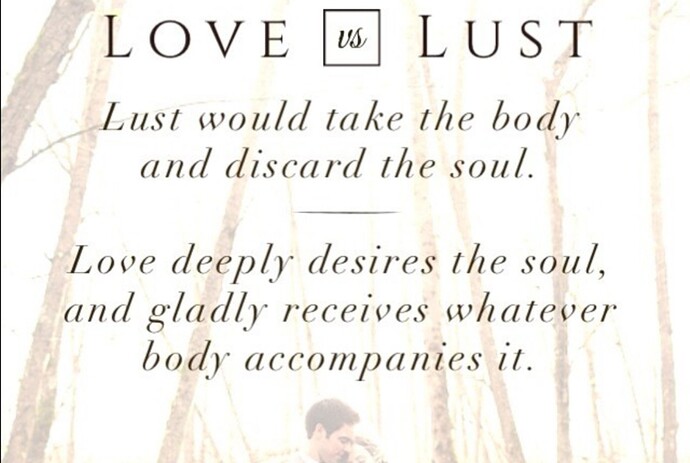 I’m very selfish with my time because

That doesn’t make you selfish.

It is not like you are harming someone with your choice

You are doing what makes you feel better

I just feel like my time is better spent on my recovery right now but maybe once I get healthy enough I’ll want a family.

I will get out this rut. Got to believe in the bigger picture.