Which is better...Lord of the Rings or Star Wars?

rogueone mentioned this once and I think I would like to know which you like better…lord of the rings or star wars? I choose star wars.

Lord of the Rings made Star Wars look like a High School play.

LOTR all the way. I dig Star Wars. It was a good little movie but as sci fi it was horribly derivitive. Just borrowed a lot of things and thus not too original in the worlds of Science Fiction.

Star wars all the way for me.

Lotr was good until they formed the “followship of the ring”, and then it was boring after that.

Lord of the Rings made Star Wars look like a High School play.

Star Wars would lose if it was put up against a high school play. The dialogue was just that bad.

I prefer Lord of the Rings. I try to binge the extended edition trilogy at least once per year

I say LOTR is my pick.

LOTR although I do love Star Wars.

Han Solos ship from ROTJ breezed by my home covered in crap last week by the way.

I don’t get the comparison. They aren’t similar at all.

They are both epic fantasy blockbusters…so there’s that.

I don’t get the comparison. They aren’t similar at all. 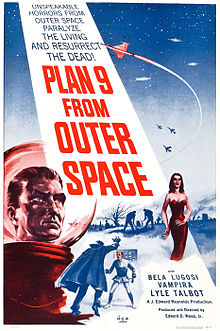 A cult film or cult movie, also commonly referred to as a cult classic, is a film that has acquired a cult following. Cult films are known for their dedicated, passionate fanbase which forms an elaborate subculture, members of which engage in repeated viewings, dialogue-quoting, and audience participation. Inclusive definitions allow for major studio productions, especially box office bombs, while exclusive definitions focus more on obscure, transgressive films shunned by the mainstream. The...

It’s like comparing apples to oranges. The only similarity is that they are fruit. I think they are equally popular.

Lord of the rings is by far the better of the two. It was a huge part of my life growing up. Still obsessed with them to this day. So rich in lore and epicness.