Which Character Strengths Are Most Predictive of Well-Being? 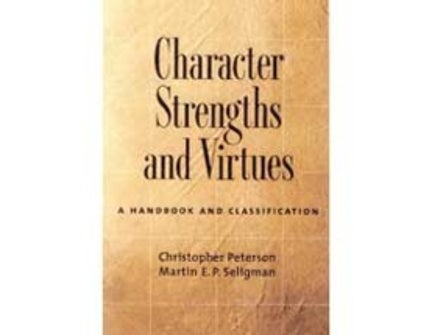 Which Character Strengths Are Most Predictive of Well-Being?

If you seek high well-being, your best bets are gratitude and love of learning. There’s something intellectually simplistic about the positive psychology movement.

Why? Because it doesn’t fit our conditioned affinity for negativistic, paranoid filtration? (I know you better than this; c’mon.)

I was put off by Seligman when I first encountered his “learned optimism” a decade and more ago. BUT… the more I was willing to hang in there with it and do the do, the more my head got to feeling better.

BTW, research has consistently proven Abe Malsow’s notion from 60 years ago that tolerance for ambiguity and conflict is the single most potent predictor of psychological resilience. Dan Goleman was all over than in the '70s and '80s, and cranked out a hugely successful volume called Emotional Intelligence built on it.

Perhaps it’s because I am put off by the more dumbed down and morally repulsive elements of the positive psychology movement as embodied by junk like “The secret” or the “If you want it you can make it happen” merchants.
.

I agree. Take that and the “abundant living” pseudo-Xtians like Joel O. with you when you toss that other stuff, will you? (Thanks.)

(I had to listen to Bob Schuller every Sunday evening at mom’s. I learned in time to bid her adieu before she remembered to change channels.)