What's the craziest Thing you have done when paranoid?

I legally changed my name and moved to a different town.

I bought a handgun - a .22 automatic. (This was before the five day waiting period was instituted.) I wasn’t going to walk into a crowd and open up, or anything like that, but if someone had walked up behind me on a dark night I might have turned around and shot them.

I guess the time I was riding a city bus and I thought the bus driver was going to kidnap everybody on the bus and kill them. Something like that had been in the news shortly before this. So I got off of the bus in the middle of nowhere and walked several miles back home.

I paid a taxi to take me to D.C. all the while knowing I was headed for NC. I told her the plan changed halfway there. Upon arrival I hopped a razor wire fence @ music venue for cover, it was 3am, closed and empty. I was cuffed and thrown in the back of an unlocked squad car. I escaped quietly and whistled and laughed at the cops that were baffled and amused by my previous stunt. I didn’t run, I just stood there smiling. They threw me back in the locked car and promptly brought me in. It took them forever to book me. They even had 2 SHERIFFS, one on both sides of me while cuffed to the bench, guard me for the 8+hrs I sat there.
Hunger strike and fear of deck revolt left me in SC for the remainder of my stay. 40 days total. No meds.
Taxi trip - $600
Fines - $300
Experience - priceless

Later that year Jane’s Addiction dropped “The Great Escape Artist” and of course I thought it was a reference to me. Still unsure though I do not know the band. 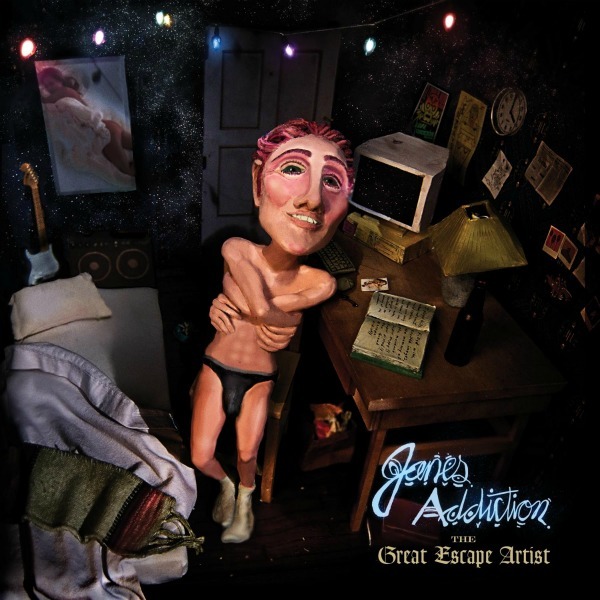 No drugs were involved.

When I’m not well I always think I’ll change my name and move miles away - my family give my grounding - they say who are you running from - I say THEM - and they say WHO ARE THEY - and to be honest I don’t have a clue why I want to run or who I’m running from - other than the fact I HAVE PARANOID SCHIZOPHRENIA and it’s normal apparently.

Craziest thing I ever did was…hmm…probably the time I dated an asexual girl. But I had no clue she was asexual. That’s not it.

The time I got arrested wasn’t that crazy, pills and drink in that quantity do that ■■■■ to normal people.

Probably when I ran FAST for about an hour after not sleeping or eating for like 12 hours. Or the time I tore a lower abdomen while squatting. Or maybe the time I drank literally well over a gallon of liqueur and then projectile vomited, then drank more. Or maybe the time I…■■■■ it I haven’t done anything that crazy.

I never had paranoia,but when I was psychotic I talked strange stuff according to my parent,and I was building tension around my family

I accused these 2 guys I was with in a Restaurant of drugging my drink - I called the cops on them and made a big scene.
It turned out to be not true - Man that was embarrasing

I did it as a way to prove to myself that people were breaking in when I left.

I would drive the longest possible route to places because I was sure I was being followed in my car. So I would make a lot of turns… back track… stuff like that.

I was out walking at like 3AM in the morning. The voices had a hold on me that day last year.

This past January I escaped from the psych ward on a smoke break. I hopped in a cab and drove to Parliament Hill here in Canada. I had 5 gifts I wanted to give to our Prime Minister…

The policeman at the roadblock stopped me and told me he wasn’t allowed to accept any gifts on our Prime Minister’s behalf, so I jumped back in the taxi with all of my stuff and returned to the hospital.

Never told my doc about that one…

when I thought that there were micro cameras that had a lens the size of a pinhole I took a hammer to the whole wall from top to bottom of a bathroom wall that I was renting because I thought there HAD to be a camera somewhere.

When I told the helicopter next to my window on the fifth floor to ■■■■ off and I don’t give a ■■■■ if they shoot me dead thru a Facebook post. Also the same night when I told M from James bond movie that I can be the next 007 and help save the world. Also pointing middle fingers to the snipers across the building.

Freshmen year of high school in math class I got up, threw my pencil across the room and yelled get away from me at a visual hallucination in front of the whole class. Another instance a few weeks later while being escorted to the nurses office I was hiding in the stairwells and behind the different display cases saying people were following me during school. Took a normal 2 minute walk about 7 minutes. This caused a rumor around school that a actively took LSD before my classes for about a year

that is a good one…lol

i would rather forget.
too many to mention…

Wish I didn’t have such a good memory of the past either.

Some of it still is funny to me, not to those involved tho.

@SurprisedJ, your post reminded me of when I got stuck involuntarily in the hospital in a room with 3 beds-but no room mates.
I was not happy, so to show my displeasure,
I turned every piece of furniture in the room upside down (and those beds are HEAVY!) without anyone noticing until much later.

Didn’t think it was such a bad thing,
but boy was I wrong.

I’m too embarrassed to say the MOST paranoid thing while psychotic, but I’ll tell this story about PCP-induced paranoia: I smoked boat (weed & PCP) once, and I was seeing trails from my TV. I got so paranoid that because it was a blue screen, I thought it meant the “men in blue” (AKA the cops) were watching me remotely that I ran and hid under my bed for 5 hours. First and last experience with PCP.

boat is not the same as weed…
Pcp is designed to make you psychotic
.