What's going on out there today?!?

I’m just having a caffeine OD at work and blogging in between customers.

omg I’m a fat blogger. Just kidding not fat YET!

Variety is the spice of life. Funny thing is that I used to have a friend named “Herb”. Herb was a millionaire, he smoked a lot of pot. I once stole some herb from him when I was doing yard work at his house. But yeah, I haven’t mowed a lawn since 2010. I used to have geraniums on my porch.

Yeah, I know what you mean but I got away with it. I was cleaning an embankment while he was at work and his wife left to run some errands. The last thing she told me before she left was that when lunchtime came around, I could have anything I wanted that I found in their cupboards. I found an ounce of pot so I rolled a few joints and smoked them and went back to work. He owned his own tech firm, he could spare a few joints.

I lost $40 on scratch offs this weekend

I don’t need a clock at this hour, because I just wait for the big semi truck to come this residential street to know that it is 2 a.m. Usually that’s my clue to go to bed. Better make sure my music off too, not a good sleeping companion.

It’s 1:05am here and I just winding down after work

I cashiered when I was pregnant, and some guys would come in and blow cigarette smoke in my face, I know it can be a rough job. Some teenagers would always come in asking me to sell them smokes, and usually I did it so they would leave me alone, but boy you can’t get away with that today.

It’s laid back where I work so I like it. I look intimidating so people don’t mess with me. What do you do now for work?

It’s good to work, good for you.

I do temp jobs, but looking for more steady cleaning job. I’m waiting to hear back.

Last night i was attending a big music festival here in Split. ( three days, five stages)
People were comatosed. Called ER every hour or so.
It’s not about music anymore. Just a self destruction, destruction everywhere.

iiiiiiy caramba. what bands were there? 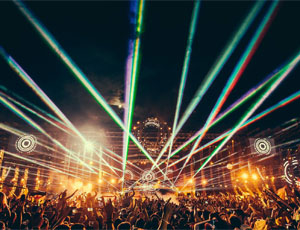 Ultra Europe is set to return for its third year in Split, Croatia, and promises to build on its... The lineup includes The Chemical Brothers [live], David Guetta, Hardwell and Afrojack.

Thats hilarious, the very first time I smoked was when I found/stole an ounce that my neighbor left sitting on the porch that we shared.

i smoked on the other side of town from my place and I was so ripped that I couldn’t ride my brother bike home.

I vaguely remember stumbling through town …aahh good times for sure.