I am watching the show Master Chef, on TV.

I may be forced to flag myself for spam with this post.

I voted for none of your business, nosey! In a joking type of way. Dont suspend me Bowens!!

Mastering candy crush with 3 stars on every level. Figured it would be a challenge lol.

Watching TV but nothing is on, so I voted nothing.

I just woke up, and drinking water and coffee. I do my washing, shower and later i go swimming.

I was watching Captain America Civil War, will finish it tomorrow. This morning I watched Captain America Winter Soldier. Also chatted with my neighbor outside and did some gaming.

I used to play Candy Crush but I am stuck and I don’t want to pay real money for help. Angry Birds is fun too.

Isn’t that a videogame? I know the game but not the movie.

I never knew there was a game!

Yea I never pay real money for addons. I like Angry Birds too but I am stuck too and need to pay. I only pay for full games mostly PC like Call of Duty, though I bought GTA on Android, controls are hard.

I’m getting the paperwork and my old phone ready to sell tomorrow. My case manager found someone who wants to buy it.

The game is very popular and has a top rating. 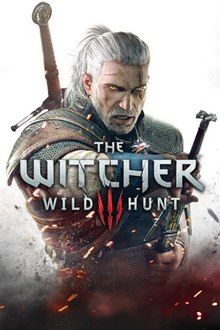 The Witcher 3: Wild Hunt[a] is an action role-playing video game developed by Polish developer CD Projekt Red, and first published in 2015. It is the sequel to the 2011 game The Witcher 2: Assassins of Kings and the third game in The Witcher video game series, played in an open world with a third-person perspective. The games are based on The Witcher series of fantasy novels written by Andrzej Sapkowski. The game takes place in a fictional fantasy world based on Slavic mythology. Players con...

Ya i pay for full games but i dont play games with add ons. I once played world of tanks on ps4 because it was free and i payed for a nice tank but felt ripped off afterwards