my past upsets me sometimes

My boredom upsets me sometimes, but I find ways around it.

My med change has left me feeling cognitively stagnant. Just bleh… Although I accept it and don’t give things out of my control much power to hurt me, it’s still a bummer.

Injustice is probably at the top of my list.

Selfishness, greediness, the lack of the ability to empathize. We all make mistakes, but sometimes these negative personality traits go beyond that in some. 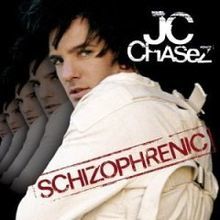 Stigma is also upsetting. Case in point: this album cover…

Responsibility when I’m not sure of myself.

Lots and lots of things…too many things! I wish I could relax more.

People pushing my buttons. But, sometimes I stick my foot in my mouth, in response. Just got to be more forgiving.

So then I believe I push your buttons very often @Pixel… my grammar is far away from good, but hey ho… I can only say sorry… definitely my Polish is better

when idk if i have taken my meds

Question whether or not something actually happened or was a hallucination. Gets very annoying and confusing.

I’ve done that before. With me, a lot of my hallucinations have some plausibility to them. I’ll be in a restaurant, and I’ll hear young girls talking about me. It’s plausible that young girls would talk about me, but I’m the only one in the restaurant. Sometimes I’ve heard a person several blocks away talking about me. That has to be an hallucination. Other things I’ve heard have to be hallucinations, but then I think they have some gun that can shoot localized sound at me. I think such a thing exists.

Yeah, I know what you mean. I sometimes hear people talking about me or to me when they actually aren’t. This has lead to some seriously awkward misunderstandings…

Craving a peanut butter sandwich and going in the kitchen and discovering there’s no bread.
Oh yeah, I almost forgot, schizophrenia kinda bugs the hell out of me too.