What is the stupedest thing a appliances has said to you? 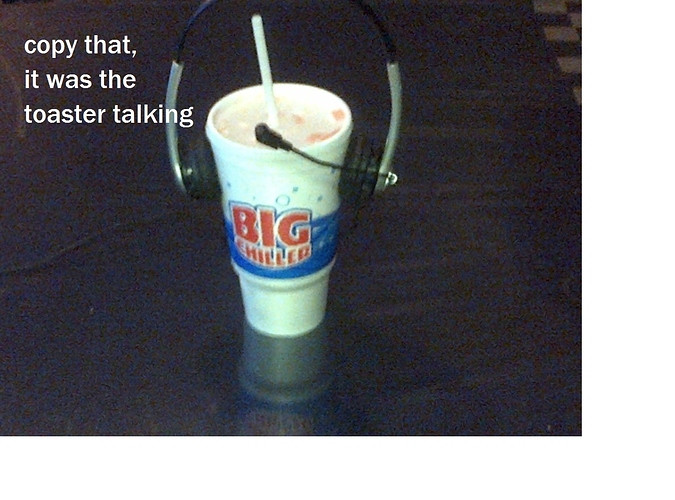 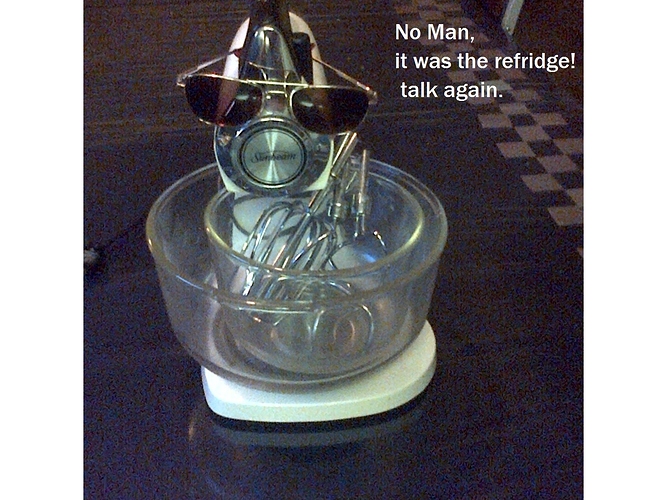 My refrigerator told me it was running…so I said “No problemo, I’ll vote for YOU” and with that the presidential problem was settled.

Can’t ever remember an appliance talking to me. But it might be fun depending on what it said I suppose.

My blender said clean me.

My toaster lied and tried to pass himself off as a microwave oven. I confronted him and he denied it ever happened so I gave him 30 days notice and told him to find him some other place to live.

No offense, but I find that very funny. The same thing happened to me a long time ago when I was driving to Sacramento.I took the werong off-ramp and I was about 1/10 of the way to Las Angeles before I found a place that I could turn around.

Why do men hate to stop and ask for directions when they’re lost? Well, I will tell you why. Because you get rude jerks like the gas station attendant at the gas station I stopped at when I was lost. The a*shole made me suffer to get the directions I needed. I needed those directions badly so I put up with him and just limited myself to glaring at him.