What has ever given you a feeling of awe?

Yesterday I was walking in the night.

And I thought the moon was walking with me…

Then, I realised that it was actually the clouds that were moving in the opposite direction.

Making me have the illusion that the moon was walking with me.

It was a feeling of awe whilst it lasted.

Ive only felt that during spiritual rituals

Probably the way the sun looked on some enormous alpine mountains.

I enjoy looking at mountainous landscapes 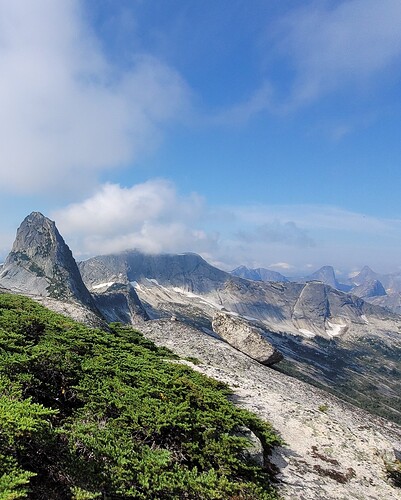 I was completely manic at the time. But i was walking through the streets at night and the moon revealed itself out of the clouds and it seemed so spectacular and beautiful to me at the time. I still remember the way it made me feel. Like i was seeing our world for the first time. I guess there can be some nice parts to mania, but overall very destructive.

Walking by myself in nature in faraway places. Nightless days and northern lights. Contemplating remnants of remote civilizations. Looking down from the edge of a dormant volcano.

One time I happened to look out my window at the right time, there was a really big really strong moon halo. I had no idea that moon halos were even a thing. That was really cool.

One time I went running in the middle of a storm listening to music. Ruined my ipod, but totally worth it.

I’ve had several “mystical revelations” of sorts over the years, but those were all too shapeless and disconnected to survive as memories.

The moon cycle affects my sleep and bipolar symptoms.

Nature. My children. My husband. Nature for it’s beauty, whether beautiful in its cruelty or beautiful in the wonder it inspires in me. My children for the idea that I had any part in such incredible people literally existing. My husband for the way he’s so much more than I could have imagined wanting or needing in a partner.

Driving into Yosemite National Park and seeing the famous El Capitan and Half Dome.

I love seeing the Aurora Borealis in the winter skies of Alaska. It’s like watching lights dance and makes me feel so small.

I had a cat when I lived with my dad and I was amazed and curious at his movements. My sister took him to Montana after I left and after my father went to Thailand to die.

Sorry to hear about your father.

Yea I also have a thing for cats, in general. Idk what that is…

I once stood two feet away from a golden eagle. The majesty and awe was incredible

One time I went running in the middle of a storm listening to music. Ruined my ipod, but totally worth it.

Haha. Yea I done something similar but my phone survived and I literally had to turn back because the wind was about to blow me away. Lol. I was anorexic at the time so I really believed I was about to lift off.

Sorry to hear about your ipod but glad it was worth it.

I was canoeing years ago, on a beautiful pristine Northern lake. There was an island that had to be 300 ft High in a sheer Stone cliff, and there were Stone Cliffs on the other side of the shore as well. It was like being in a cavern, and made me feel very small and humble. I can feel it now just talking about it

We were at the Taj Mahal in India during a full moon. It was awesome to see the building reflectiion in the moonlight. That was beautiful.

And the other awe-moment is at my cousins house in the Appalachian mountains looking at the sky at night and seeing all the stars. You can ser the milky way from there. Its so stunning and leaves you feeling so small.

You can ser the milky way from there. Its so stunning and leaves you feeling so smal

I feel bad for anyone who has never seen the night sky in the complete Blackness of the wilderness. There’s so much you don’t see, because of City lights. In the wilderness, the stars are absolutely mind blowing