What do you think is the worst job?

yes i worked on a construction site once building apartment complexes. they asked me to walk around and clean out the window wells on the lower units and they all had piss bottles the construction workers had thrown in there. probably the worst gig I’ve ever had.

but honestly some labor intensive jobs leave people messed up physically in their later life and lead to a decreased quality of life. on top of that, they don’t always pay well because their not always skilled jobs.

Maybe somewhere where they process meats,

Where you’d have to kill animals.

That would be the worst for me, I think.

Yeah in the slaughter house

Nobody wants to work there

Therapist: listening to everyones BS everday. Lol. Honestly I can’t answer because working is impossible for me so every job is the worst.

I knew a guy who did that. He had to kill cows and pigs with a .22 rifle. They’d be hanging upside down, and he’d walk up and shoot them in the head at point blank range. He said the pigs were hardest to kill, because they had thick skulls. The guy never did express any qualms about doing that job, but he was the quiet type. That guy killed himself with a shotgun after he left our program. I never saw that coming. To me, he looked self assured and serene.

Sitting in front of a computer (which is bad enough as it is) working full time in a crowded office.

My dad’s been doing it for a long time, I’m surprised he’s still working like that.

The pay is good, but the cost of your sanity is overwhelming.

no worst jobs
they are all jobs
all people r honored by their jobs especially if they got money for their living without asking anyone for money!

Dalits are the lowest in the Indian caste system, and they often times have the job of cleaning sewers. Just dipping themselves past the waist in bodily fluids and unclogging a sewer, things of that nature. No protective clothing.

Where you’d have to kill animals.

I would not be able to handle it.

Had a hard time handling being an insurance broker today. Had this one customer who phoned me 14 times while I was trying to do a very complicated manual quote. He was either changing things or asking if I was done yet? No, because I’ve spent the entire morning have to redo my work after each of your phone calls, sir.

For me, it would be a customer service job. I could not handle getting yelled at by strangers for things that are not my fault. My anxiety would skyrocket and I would get fired because I have no customer service face and would inevitably tell someone to ■■■■ off or something to that effect.

they are all jobs

I disagree. There is a social class system in place for the majority of countries around the world. An upper, middle and lower class defines the social status of a person. Here’s an illustration of the US occupational classification system. 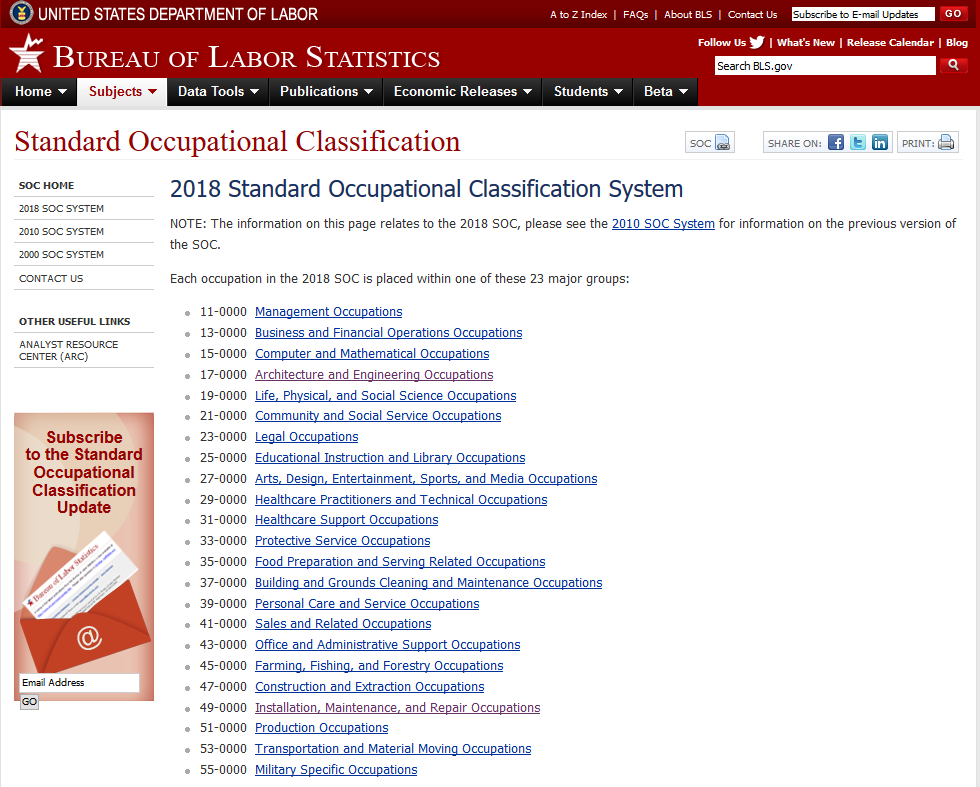 Yes. You’ll always smell. Trust me I know a guy.

One where you work your butt off and don’t get paid.

Security agent in easteaen Europe ( not all countries are the same but mine is)
There is very little theft in eastern Europe despite the propaganda of americans, people steal from others countries or from tourist’s
Sitting 12 hours in a store (these are the minimus hours to work you can work 24) doing nothing just you and your thoughts which for us is the worst thing posible. I work 4 months 24 hours per day then 48 free time it killedy soul

Any job that requires you to wake up and get out of bed to go to.

Here are my thoughts, not in order.

1.Slaughterhouse: my uncle worked in one and told me horror stories about intentional animal cruelty by his coworkers that I will not describe here because it would be very triggering for us. I was vegetarian because of that kind of thing for about a year before I caved into carne asada tacos again…