What Company Logo Will Pixel's Avatar Be Next?

Come on folks, are you feeling lucky? Place your bets now!

Lol. I want to be the bookie

I’m counting on this one.

All I will say is, God Bless America:

I was thinking of stealing Sarad’s avatar. I feel the need to be sexy.

I have a couple of good ones. And it is seasonal sale, so think about it.

“Exxon”.
Our motto: “Hey, we’ll screw the little guy at every opportunity we get, but at least we will do it with a smile”.

“Exxon”.Our motto: “Hey, we’ll screw the little guy at every opportunity we get, but at least we will do it with a smile”.

Fie on all of you for not getting the humour behind my current avatar. It would be hard to pick a more evil corporation, fictional or real.

The Umbrella Corporation is an international pharmaceutical company in the Resident Evil universe. Founded in 1968 by prominent British royal descendants Oswell E. Spencer and Edward Ashford, along with Dr. James Marcus, it is portrayed in the series as a major international player in pharmaceutical goods and medical supplies, along with more clandestine operations utilizing genetic engineering. Their legitimate status is only a front for their secret research of "bio-organic weapons" (B.O.W.s), ...

It would be hard to pick a more evil corporation, fictional or real. 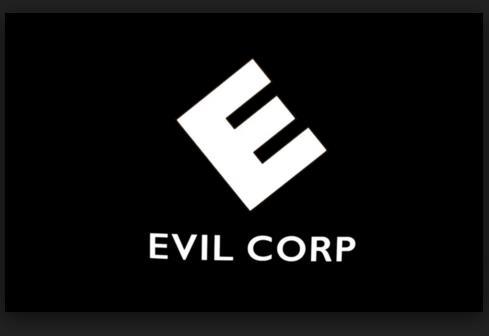 Hmm. Some kind of archery logo?
Their motto: “We aim to please and we’ve never missed yet”.

Hmm. Some kind of archery logo?Their motto: We aim to please and we never miss".

Hey, Target is kind of evil. And their logo is a target. Problem is that they do miss.

The Crazy Story of What Really Went Wrong at Target Canada

Target pulled the plug on its massive Canadian expansion less than two years after opening. This is the incredible untold story of how it all went wrong.

Canada had never seen a retail whale fail like that before. Amazing.