What are you currently stuying/studied?

Right now I am studying my navel.

I studied Beauty Therapy but hated dealing with so many people every day so it was a waste of money. Also if people came in with nail diseases or a rash or something I’d have to turn them away (legally) which made me feel terrible when there were other people in the store. I have a diploma in business and cert 4 in small business management. Studying accounting now. Not sure what any of that equates to in America.

Im in grad school for Psyc. I did advanced work in undergrad and am in a doctoral program. I would say pick something you can tolerate doing at least 8 hours a day if not 12 or 14 at the worst times for the rest of your life.

I mean I am psychology. It’s cool with me to be told “Go become an expert on this topic” because next thing you know I am working like a maniac like 12 hours a day getting shyt done right.

but really just do what you are PASSIONATE about and life will then find a way. A family member told me that before I went headfirst into my profession, and it was very wise of him, I will never forget that. Please take the advice I live by and see if you find yourself going places you never thought of.

I had to share that, it was a critical piece of advice that I was told. I am not about keeping that stuff to myself. I am in psychology to become a full blown clinical shrink (doctor of psychology) because I want to see people with what I have experience the good things that I have…minus the other illnesses I deal with.

Once the illness affected me too much my degree was effectively useless. Was it all a waste of time and money? Yes. What can you do…

I studied maths and French with a touch of economics. Never did finish my degree though - dropped out twice 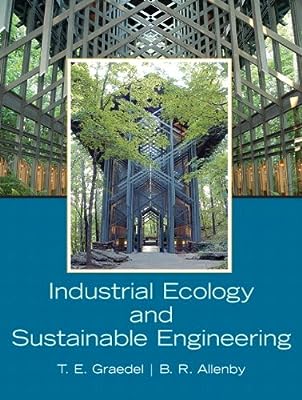 I want to study this a bit, so I may buy the book next month. John was born in Antioch in 349 to Greek parents from Syria. Different scholars describe his mother Anthusa as a pagan or as a Christian, and his father was a high-ranking military officer. John's father died soon after his birth and he was raised by his mother. He was baptised in 368 or 373 and tonsured as a reader (one of the minor orders of the Church). As a result of his mother's influential connections in the city, John began his education under the pagan teacher Libanius. From Libanius, Joh...

In ancient Greek religion and mythology, Zagreus (Greek: Ζαγρεύς) was sometimes identified with a god worshipped by the followers of Orphism, the “first Dionysus”, a son of Zeus and Persephone, who was dismembered by the Titans and reborn. However, in the earliest mention of Zagreus, he is paired with Gaia (Earth) and called the “highest” god [of the underworld?] and Aeschylus links Zagreus with Hades, possibly as Hades' son, or Hades himself. Noting “Hades’ identity as Zeus’ katachthonios In ...

this website has science projects and kits for tesla coils and different devices that is just awesome. I’d like to order from it this winter.

Sumerian religion was the religion practiced and adhered to by the people of Sumer, the first literate civilization of ancient Mesopotamia. The Sumerians regarded their divinities as responsible for all matters pertaining to the natural and social orders.:3–4 Before the beginning of kingship in Sumer, the city-states were effectively ruled by theocratic priests and religious officials. Later, this role was supplanted by kings, but priests continued to exert great influence on Sumerian society. In...

This school in the UK has self assembling building structures! Imagine the bricks of your house being a robot each that builds something you decide itself!

Here’s something you can invest in huh??

I did two courses since leaving school - basic dressmaking skills and 1 year of Islamic studies (Quran translation). Would like to maybe do a writing course, bcuz my dream is to be a published writer and poet.

I have studied Art History. I have two problems with going back to school, one is that I need to have my cats with me. They are indoor/outdoor and they aren’t street wise. I will go back to school though. I only have 15 hours left.

I am studying chemical engineering. Its nuts

I have a nursing degree and RN license but have been unable to work as a nurse for the last 2 years. I maintain my license in hope of returning to work one day but my skills are getting rusty.

I am starting college the 19th for the first time. I am sure I will change my mind a couple times before I commit but, right now, I am on the fence between Psychology and Computer Science. I know they have nothing in common but I have an interest in both. CS requires a shyt ton of math so not sure about it just yet. My first quarter I am taking a Human Development course dedicated to Career and Life. Advisor recommended it. I am also taking Psych 100.

I would stay away from computer science. all jobs have moved to India, where they are paid about $7 an hour in US wages. I worked at IBM as a project manager.

I have a computer science degree and a master’s degree in business MBA. I have been unable to work for the past 2 years either.

Wow. That’s good info. I live in WA State and assumed with all the tech companies here it wouldn’t be that hard but maybe that’s not the case.

the majority of employees at IBM are not in the united states, they are offshore.
that is true of other high tech companies now too. information technology is not a good career choice anymore.
when I started, the computer I worked on cost $27,000. jobs were easy to find and lucrative.

now you can purchase a laptop at Walmart for $179. at one time, my laptop cost $5000. computer jobs don’t pay well like they used to, they hare hard to find, hard to keep long term. Computers are cheap, no need to repair them anymore either, just replace your laptop with one from Walmart for example.

even this stupid discourse software, that this message forum is run on, is free.

a lot of angry, bitter, ex-IBMers out there that lost their jobs to offshoring to India.

That’s surprising because it always comes up really high (sometimes first) on fastest growing fields or most employable degree’s. I don’t doubt you. Sounds like you would know. It’s just strange that there is suck a reputation for Computer Science (even according to statistics) being such a good choice. That’s OK. I like Psychology too. It’s just a lot longer in school.

I don’t agree with you. One purpose of information technology is to cost down it product. So computer from 27000 to 200.
Ibm is selling computer to big companies. So it’s price very expensive.
There are still many it job open in us. But mostly for software .

before I got sick I studied computer electrical engineering for 3 years but didn’t finish.