Went to an aspie support group

I went to an Asperger’s Support group meeting recently and I thought it was pretty cool. The facilitator was really good. Bit of a younger group than the other support meeting I went to that week but it was nice to be among peers again.

I am contacting a vocational rehab group this week to see what’s available to me for training and job opportunities although I don’t know if it’s going to be a bit impractical right now since I spend a lot of time caregiving for family members.

Good on you for going. I know how much of a big step that would have been - at least for me it would be!

I know how hard it is to be the care giver when you spend most days questioning your own abilities to function in this most unusual world. WELL DONE. Just make sure that you are not burning yourself out - there is always more than one solution to human problems.

I’d very much like to go to one of these, but there are none where I live (small town). There’s one in a nearby larger centre, but that’s four hours of driving for a one-hour meeting.

Your avatar is a sushi roll

Your avatar is a sushi roll

It used to be the Coca-Cola logo but that turned out to be somehow triggering for someone here and I was asked to change it. 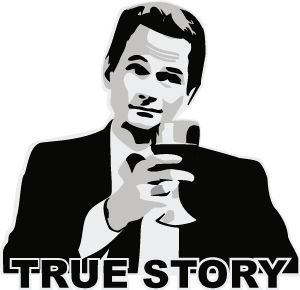 I’m done for if sushi turns out to be triggering as well.

I’m done for if sushi turns out to be triggering as well.

Seriously as someone with aspie traits/possible-probable NVLD(which is similar) something like that sounds ideal. To share with people who understand.

I hate the smell of fish so much that the imagery is generating phantom smells and I think I’m going to meltdown >.<

Seriously though, we shouldn’t down-play the real danger of triggers. It doesn’t matter how strange they may appear … helping people can be very tricky, but avoiding a trigger that you are aware of … that’s easy.

I hate the smell of fish so much that the imagery is generating phantom smells and I think I’m going to meltdown >.<

We certainly wouldn’t want that to happen…

Are you trying to break the robot? lol I see what you’re doing there!

I was wondering why I have been eating sushi twice a week instead of my usual once a week. It was the subliminal message from your avatar @velociraptor Hah!

I agree. I have a friend who has a very weird one. Snack cakes. It’s one of the things that tied into her abuse. I never would have thought something like that could set someone off but she can’t even really go to the grocery store. I looked around one time I went in and there are a ton of the little buggers in there. Who’s eating all these freaking things? I used to have a cosmic brownie every once in a while, but heck. They’re everywhere!

From the perspective of someone who suffers from Misophonia (translation is “hatred of sound”) and is triggered by the most basic of human noises like BREATHING and EATING, let me assure you that it in no way helps long term to tippy-toe around the issue. I mean, there’s being polite (ie not forcing me into an enclosed environment whereby the only escape route involves death and then slurping on soup the whole time) and there’s enabling.

Triggers for Sz relapse, however, I view completely differently. Avoiding a trigger that you are aware of is not enabling nor perpetuating the dysfunctional thinking/behavior like it would be in the case of my ASD issues, but instead potentiating the exact opposite.

It’s clarifying matters like this that allow me to feel just a little more human because the world is not a simple place for anyone. Not really. Not unless you are blissfully ignorant or the beneficiary of some kind of incredible luck.

The abuse stopped right before college and someone else started abusing her right after she got into college. I’d say maybe two years ago at the most. Her parents won’t get her a proper therapist and her pdoc is no good either. She’s had several that said the abuse was her fault. One that said if she really was a good Christian god wouldn’t have allowed this to happen to her. She has PTSD from all this too.

It is hard to resist replying with religious cynicism when I read these kinds of examples of total injustice.

It is just as well that there ARE a lot of genuinely decent people too - many who spend a lot of time helping others on these forums.

It isn’t really fair of you to say I don’t help. I’ve been gone over a month sorting out my own life. I was incredibly active before I left.

hahaha I laugh to prevent my mind exploding sometimes. Nah seriously, I look forward to seeing your contributions continue. I’m new here, so it seems incorrect to say “welcome back”, but nonetheless! I hope that you are back because you missed the place and not because sorting out your life didn’t work out as planned.

I’ll say welcome to you too even though I wasn’t here for it. It has and hasn’t worked out at the same time, but I’m happy now. Just need to get a job and start climbing the ladder!