Just some trippy old ticket stubs and other stuff I still have. 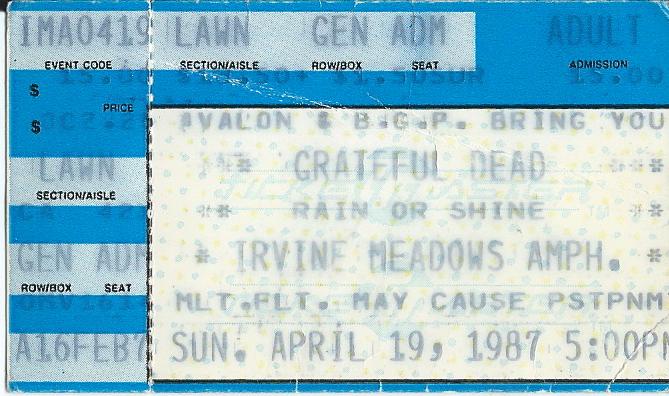 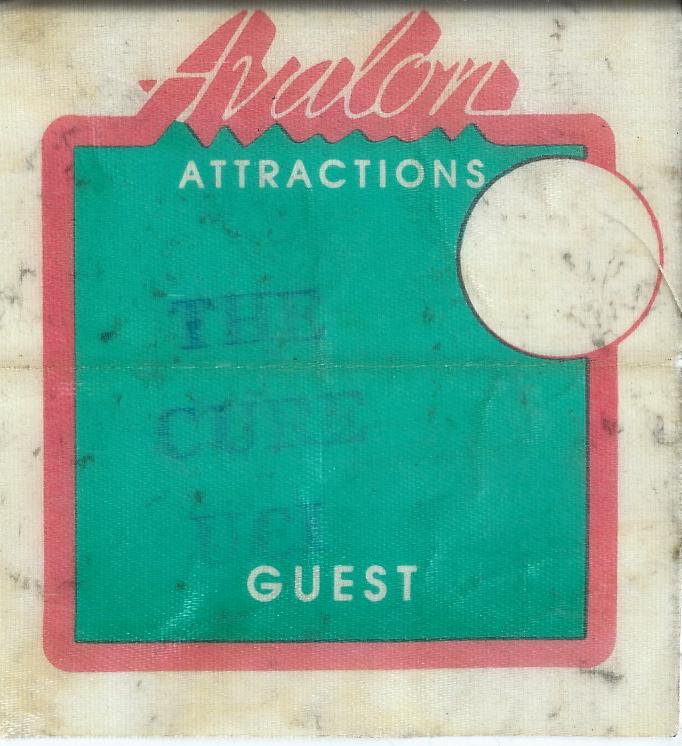 Maybe when I’m bored, I will post some more.

Is the second pic for the Cure a backstage pass?

Yes. Me and my best friend Blanqui went. It was a small venue around the time The Top was current. That and their first official live LP. I brought a old vintage children’s double LP box set of Thru the Looking Glass and asked a worker to give it to him. He brought us two passes and told us that he would send Robert out to let us give it to him after the sound check. Robert was really nice, very polite and we drew a quick picture for him while we were waiting, which he said he liked.

These are awesome dude!! 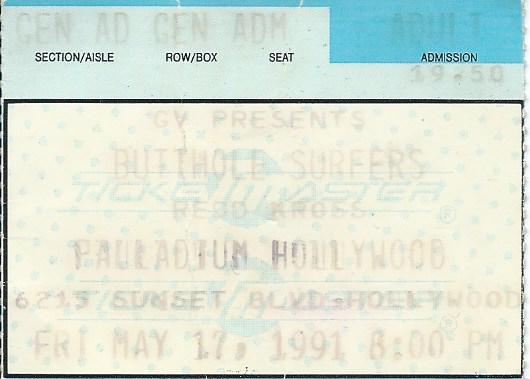 First time i tried to see the BH Surfers the show was shut down by the fire marshall. This was the first one I could get into. 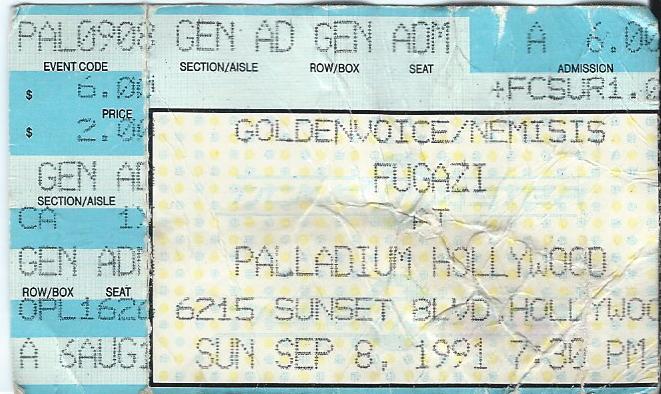 Offspring opened and the buzz began. 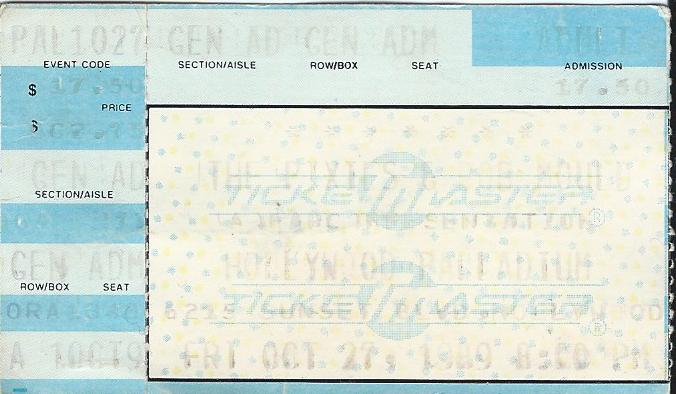 Pixies during the Doolittle tour. 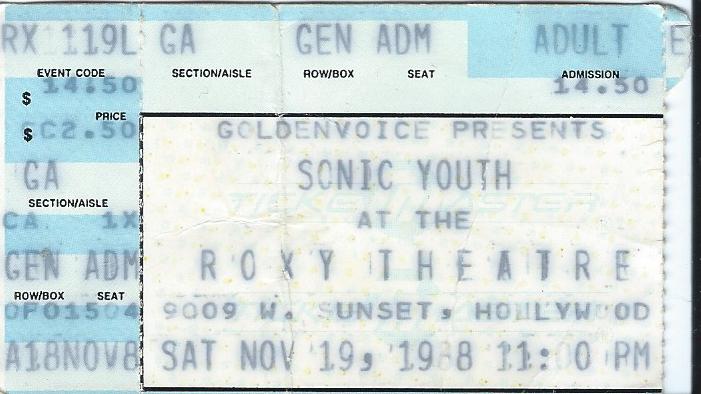 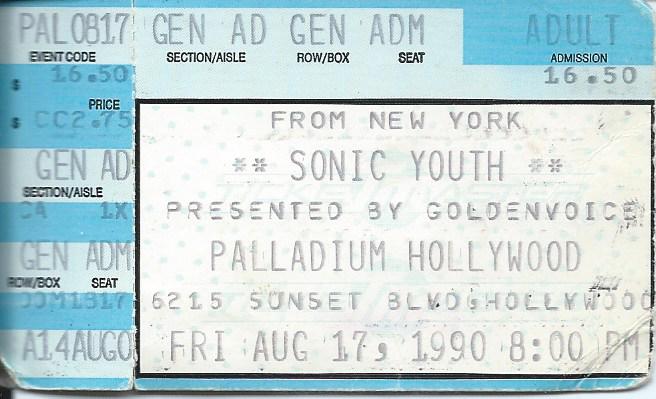 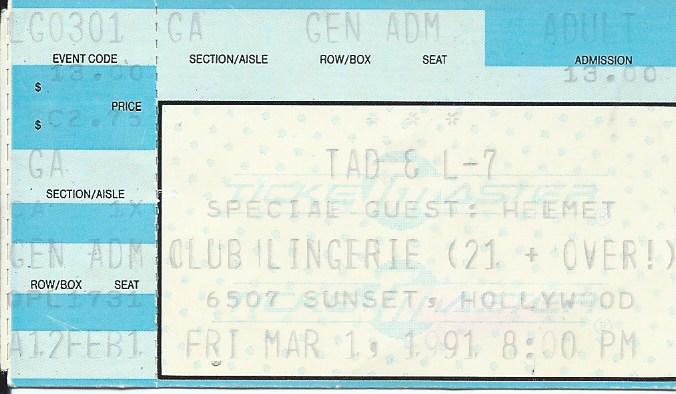 Damn…I so would have liked to see the Pixies back in the day. They’d be top of my wish list! Saw Fugazi and Sonic Youth way back when…the others didn’t tour out here in OZ! Great times and fond memories…thanks for the share!

Oh neat! My husband had tons of music memorabilia. More or less from nirvana. His fave band and Kurt his fave artist.
I’ll upload some tomorrow if I remember.

Dang I’d love to go see concerts!! That’s so cool you got to see so many!! Which one was your favorite??

It’s hard to say @Noise . Depends on what mood I’m in and I haven’t thought about it this much in quite some time.
I remember you love music. Why don’t you figure out a way to get out and see some shows?

Nirvana was a big one for me too.

But I should try to work towards it! Thank you @eighteyedspy23 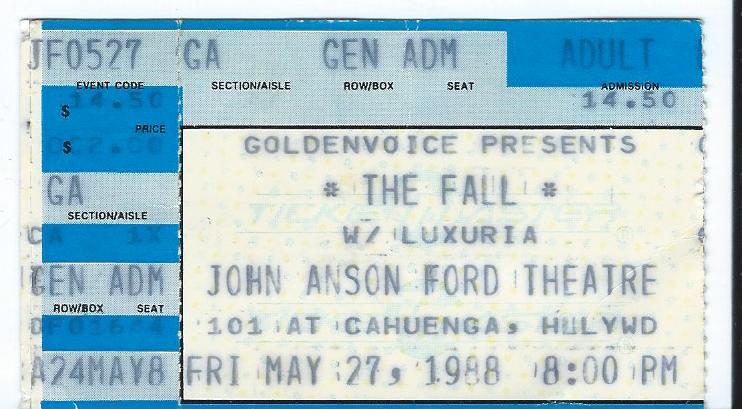 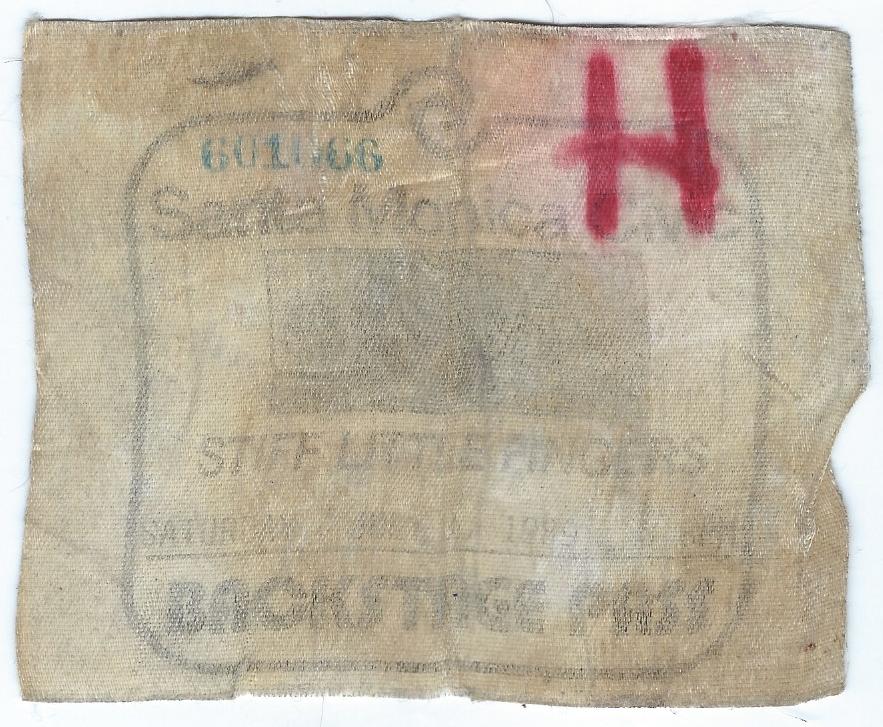 I had received a call from a guy who worked for Goldenvoice, who promoted this show. His band had to cancel, so he asked us to fill in. Social Distortion played too.

Me and my GF went to SF for this one. We were sitting upstairs when I spotted Dave Allen and Andy Gill walking past, so I asked for autographs. 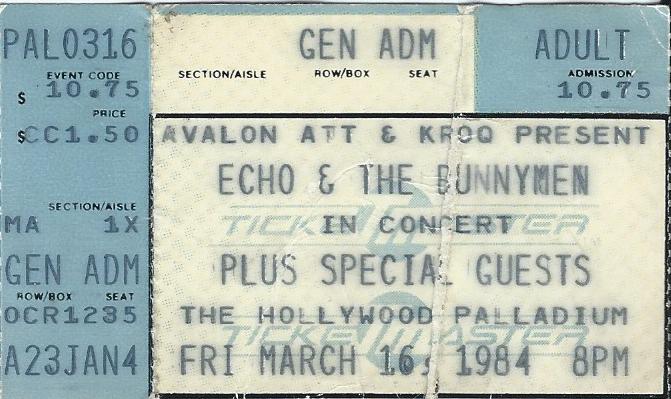 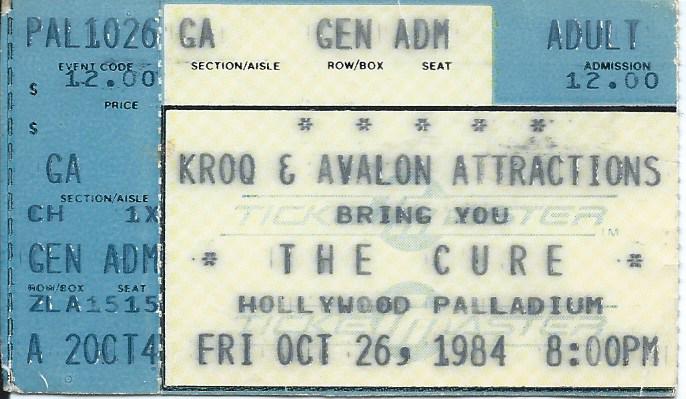 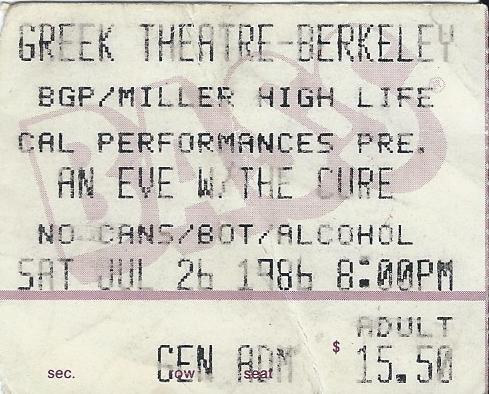 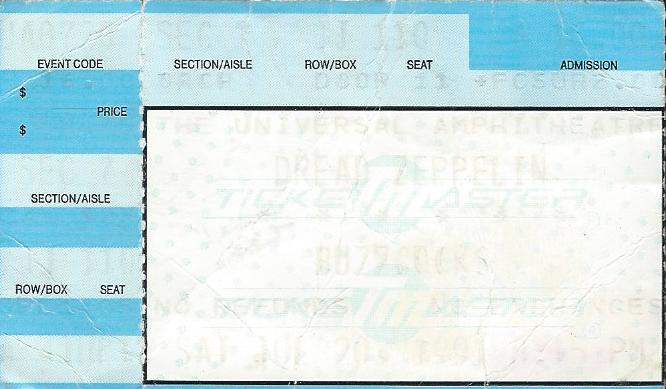 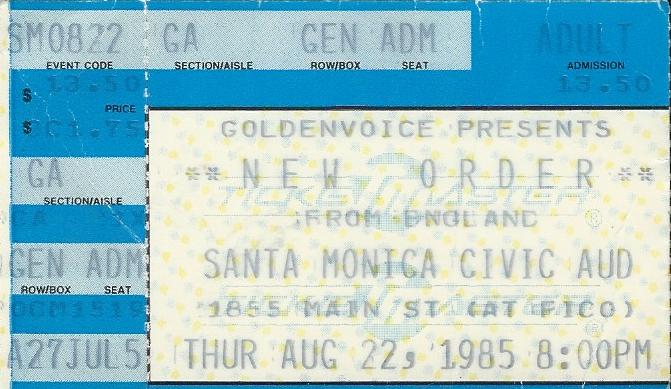 I noticed a lot of older people in the crowd, which wasn’t the usual scene. I realized they were probably Vietnam vets when a bunch of them went nuts as New Order played Love Vigilantes. The first song I remember that was sympathetic to the soldiers who were either drafted or chose to fight in that particular war. Make love, not war? Calling those who came home babykillers? 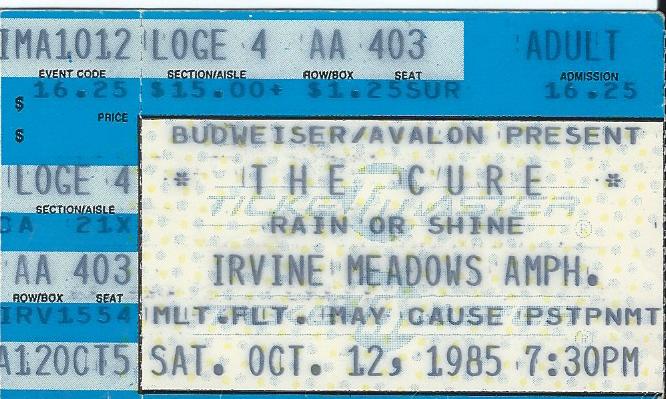 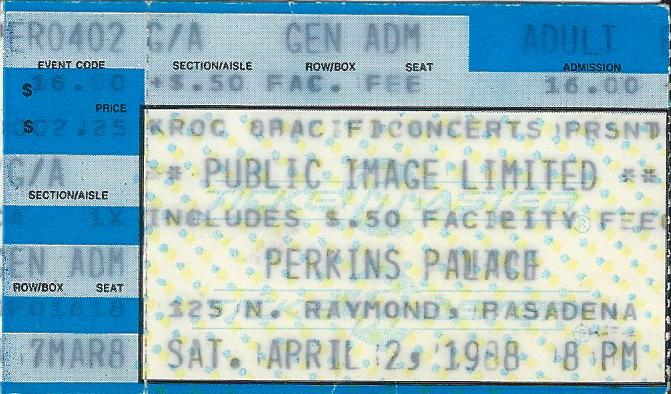 Impressive resume! I wish I kept all those old tickets and stubs but I did have a friend who did. He also has a crazily good vinyl collection! Love your work…keep on keeping on!

I apologize for this weirdness. It’s not that I’m trying to brag, but for different reasons I’ve kinda been afraid to talk about some of the things I used to hold so dear to me, with different people who I’m around now, including some who are very close.
At different times, I was not able to do certain things I enjoyed, mostly being able to play, sing, and record my music. Also being able to listen to the music I like at the volume I preferred. Sometimes headphones just flat out sucked for me. Those who understand audiophile type stuff and why guitar never really sounds right thru headphones might understand.
It’s not something I can really explain, but sometimes when I hear certain voices, I feel some odd reason to try to both defend myself and attack the voices at the same time.
Sometimes it’s not a bad thing to try to hold on to certain things that gave me confidence and was part of who I was at times where I was more independent and not so concerned with not attracting too much unwanted attention.
I realize this might not make much sense.
Doing better every day I get enough sleep and take my meds.

Mate. I love your posts. Seeing the old stubs brings back so many great memories from that time of my life. We grew up in the same era and music was a bond between me and a lot of my friends. I’m just in awe and a little jealous you got to see the Pixies and others. They never came out here till much later when they were old or in different projects.

Don’t feel weird around here. You don’t need to and it’s all good. Keep posting. You’ve already turned me onto some bands through your posts I never heard of and that is a great thing. Even after a lot of heartache and negatives I still love music!

These are great! Dinosaur jr!!