We need to talk about pixel's title

Pixel, big deal. What, are you looking for a fight? not taking the bait.

Eats more popcorn and tapioca pudding as is tradition…

Never mind, I’m going to do other things.

I appreciate talking with people today.

Please @modsquorum don’t lock this thread until @minnii takes it to the right place.

You are not dumb @Sarad by any stretch of the imagination so please don’t say that (even in jest).

My ego is turning to moonbeam like a sunflower to the sun.

You are not dumb @Sarad by any stretch of the imagination so please don’t say that (even in jest).

Well said. @Sarad, you are one of the most intelligent users here. I may not always agree with you, but I’ve never for a moment regarded you as unintelligent. 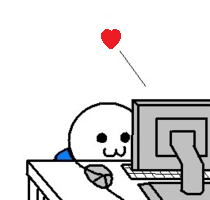 Okay, I actually found this one hilarious!

You were supposed to move this from Meta to Lounge, but unfortunately it got UB’ed while you were sleeping.

Something about sz humor nobody gets