We must not harden our attitude to refugees

That is what Isis wants. For us to succumb to an “us and them” mentality. We must resist that.
Excellent comment by Laurie Penny. http://www.newstatesman.com/world/2015/11/if-west-closes-its-borders-terrorists-will-have-won

I agree that we don’t want to deprive people of the chance to make a better life for themselves, but maybe we should check here and there just to be safe.

I couldn’t believe it when Chris Christy said he wouldn’t even allow refugees under the age of five.

It’s all racism and selfishness. Like a terrorist couldn’t get into the country another way.

we have people in australia

…who don’t want refugees over here…!?!
yet australia has been a safe country for many people…e.g…
jews from europe because of the second world war
greeks the same
italians the same reason
ten pound poms from the mother country.
many asian people because of the vietnam war.
we have amazing food, coffee

, culture because of the diversity.

we are lucky to live in a democracy in australia…but it has made ’ some ’ selfish .
to selfish to share the ’ luck ’

A reporter read every issue of their magazine, and found out that Isis literally wants us to refuse refugees, because they are quickly running out of citizens to steal their money from. Here is the article: 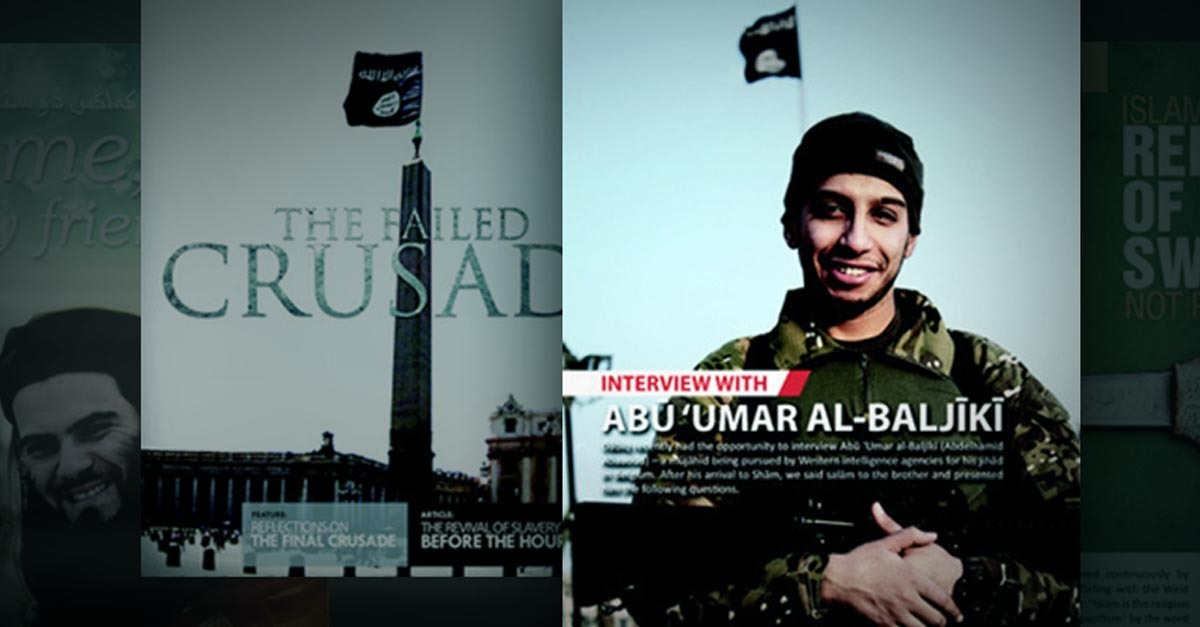 7 Things I Learned Reading Every Issue Of ISIS's Magazine

ISIS has a magazine. That is not a joke. An actual glossy, full-color magazine called Dabiq, complete with feature articles and photo spreads.

There is a “process” of ascertaining whether the refugees are a harm to anyone and that’s why I say “let 'em in !!” Poor refugees.

I don’t know about the US but re refugees coming into Europe. This from a poster on another forum’s facebook friend sums things up well.

You’re in ISIS, perhaps the richest terrorist group in existence and you want to carry out an attack on say London. Do you,

A: pretend to be a refugee and spend the next sixth months or a year risking drowning sailing from coast to coast, at the mercy of people smugglers, walking hundreds of miles across Europe, facing arrest and forced detention, possible deportation or imprisonment only to, at best, end up in a refugee camp in Calais where your options are to cling onto the bottom of a lorry or maybe getting killed trying to sneak through the euro tunnel with no guarantee at all you’ll ever end up in the UK, like pretty much every other refugee?

B: buy the best fake passport and documents, bribe officials to set up a cover story/commercial interest, obtain appropriate visa and fly first class into the country, like an actual organised well funded terrorist organisation?

If people want to come here they should follow the rules and procedures.

My cousin was there when the bombing started in our town. Thankfully, he made it to the US, but others in my family were not so lucky. It is horrible and we should be taking in as many people as we can. I don’t mind being a host. Maybe it would be less culture shock for the refugees if they stayed with me.