Using Superheroes and Villains in Counseling and Play Therapy 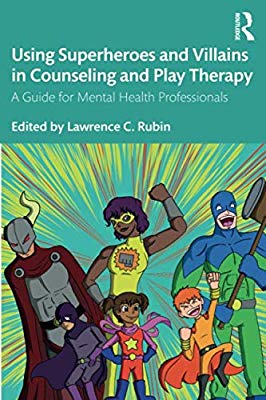 Using Superheroes and Villains in Counseling and Play Therapy

Since before my first big psychotic episode in 2007, some of my delusions have been tied to being named after a superhero. After Marvel’s Avengers became such a popular international success, I realized that I’m named after 2 popular superheroes. My first and middle name. I think I need help. I bought the above book on Amazon, and I think I may show it to my therapist. I may even buy him a copy.

Does anyone else think that this book may be useful to them?

Wayne : Mr. E. Nygma… Edward Nygma. Stickley’s suicide was obviously a computer-generated forgery.
Alfred : You really are quite bright, despite what people say.

I really wanted to delete that, but can’t. Anyway, thanks for the reply, Mr. Or Dr. E.