thought you guys may be interested in this about unconscious bias’s and the micro behaviours we all have and develop, i wonder how it affects people with mental illness and if there has ever been a study about it

Micro-behaviours: what they are and how they impact inclusion

Many companies are focused on creating an inclusive culture, but there are behaviours which are proving difficult to tackle because, much like unconscious b

here is a video about micro behaviours as well

there are loads of different types of unconscious bias’s as well as other, so i thought you’d be interested in this wikipedia post on it

Cognitive biases are systematic patterns of deviation from norm or rationality in judgment, and are often studied in psychology and behavioral economics. Although the reality of these biases is confirmed by replicable research, there are often controversies about how to classify these biases or how to explain them. Some are effects of information-processing rules (i.e., mental shortcuts), called heuristics, that the brain uses to produce decisions or judgments. Biases have a variety of forms and... 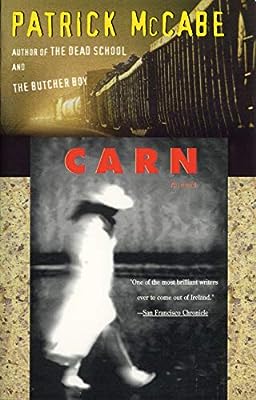 yes, apparently its written in our dna, its basic instinct and a lot of it is common sense,

for instance … a baby will go to the person with more food, but if he person is a different skin colour then they cant associate with that bc its different and they dont trust that person, they dont think he/she is safe. its examples like this where our unconscious bias’s come from…

it is a very broad subject but a fascinating one

Thank you for making me think this morning. After thinking on skin color, I reflected on how, as a child I was fascinated with the color blue and was in love with the smurfs…so, I googled and read this https://thedoctorweighsin.com/evolution-of-the-color-blue/

that is fascinating freedom, thanks for sharing

Don’t get me sharing @mrhappy hehe

If my mind recalls, weren’t we going to have a thought induced thread to replace farcrys…wtf happend

I tried to start one but it didn’t take off, @Om_Sadasiva has his madhouse thread, I think @Pikasaur had a thread too

I think too much anyways

That can be a good thing though

That’s what the wink is for hehe…

I’d rather think too much than too little lol

I do my best to not think of my therapists degree, she gets defensive and uses higher vocabulary in her email responses. I sometimes wonder if she has a thesaurus next to her because some of her word choices aren’t used in the right context. Edit I don’t hate on her though just my subconscious trying to undermine her…

I quite like that sort of thing but it has to be in the right context I guess, I try and purport a higher understanding in my writing without going over the top although sometimes I do, maybe trying too hard to be clever lol

I have many different sides. For instance in real life I do not use profanity. Here I just post without spending any time editing. Might be ramblings but I don’t care.

Nothing wrong with that, just got to be careful what you say I guess

Eh, as I posted on my my “raw” thread, how could I possibly be hurt anymore than I already have…I’ve hurt myself so much that I shouldn’t trust me either…attempting suicide is a betrayal of self,but I anbandoned me. Edit I haven’t tried that stuff in a long time. I believe it is self righteous

what did you think about it @ablue if you dont mind me asking?

I did a little training on it last Monday and it was a great insight into the way we think and why we think the way we do, i have another thread lined up about it that is about fast and slow thinking…

i’ll post another video about bias’s by Darren Brown

Well, i believe its hinting to the fact that most of our interactions are non verbal. And if one really wants to know whats going on, can look at body language. Although i am not saying it can be made known or conceptualized with the concious mind. But i think had more to do with good social awareness and intuition. Meaning that if you can perceive your own unconcious. Then that would allow you to properly navigate situations that are not so clear or explicit as to whats taking place. I see an issue while i was reading this though. As in what if the interpretations we make are biased even to our unconcious. It would lead to misreading things and not actually seeing the truth of the situation. So its a very solid approach to navigating situations as it uses a higher sense of knowing.