TV Needs to Stop Treating Mental Illness as a Superpower

Catherine Black, a celebrated neurologist and the main character of ABC’s risible “Black Box” is known as “the Marco Polo of the brain.” That shouldn’t come as much of a surprise: It is a truth universally acknowledged that a television procedural’s protagonist must always be the very best at what she does. Dr. Gregory House, despite being an ■■■■■■■ and a Vicodin addict, is a genius at diagnosing obscure illnesses; Adrian Monk’s OCD helps him solve cases no one else can; Dr. Temperance “Bones” Brennan’s Asperger’s-like detachment make her the FBI’s go-to for unsolved deaths. That’s another thing Catherine Black (Kelly Reilly) has in common with all these other TV doctors/detectives/investigators. She’s so good at understanding the intricacies of the brain because—irony!—there’s something wrong with her own brain. She has a secret: she’s bipolar. In an age of high-school teachers cooking meth and suburban parents doubling as Soviet spies, this secret may seem somewhat ho-hum. But “Black Box,” debuting Thursday night, offers a glaring example of one of pop culture’s most noxious tropes: mental illness as superpower.

Catherine, the medical director of a fancy neurological center known as the Cube, is apparently amazing at her job, and “Black Box” doesn’t hesitate to draw a connection between her genius and her illness: “Catherine has an insight into her patients that no one else has, allowing her to communicate with them on a different level,” according to ABC’s press notes. She’s fabulously empathetic and intuitive, somehow able to see what all the other doctors miss (though her cases should be familiar to anyone who reads Oliver Sacks’s essays). That’s because, the show keeps reminding us, mental illness goes along with greatness. “Hemingway. Sylvia Plath. Billie Holiday. Dickens. Melville. These are just a few of the great minds that suffered from a fine madness. Should they be medicated into mediocrity?” Catherine asks after skipping her meds. She’s particularly taken with Van Gogh; in the middle of a manic episode, we see the sky transform into “Starry Night,” as it does in her hallucinations.

If all this sounds ludicrous, that’s because it is. 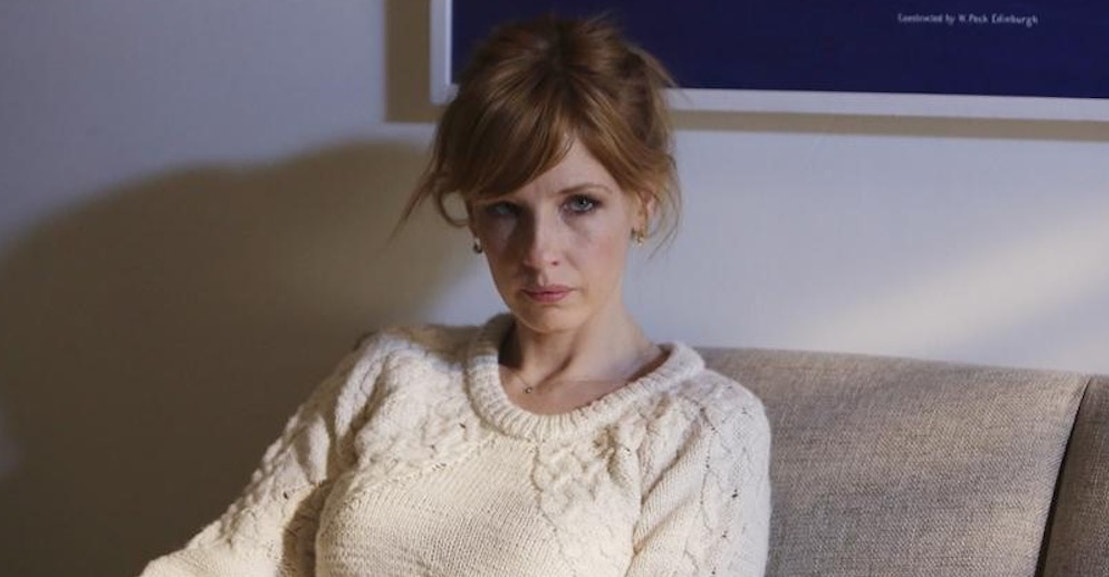 TV Needs to Stop Treating Mental Illness as a Superpower

ABC's "Black Box" is an absurdly clumsy example of one of pop culture's most noxious tropes.

Should they be medicated into mediocrity?”

This is exactly what one of the people in my life has been saying over and over. He’s suffering a delusion now and has nearly drowned three times this past week. He’s refuses to take his meds because he is sure he won’t be as amazing if he is medicated.

But unmedicated, he’s going to die soon. His entire family is so scared.

As along as hollywood keeps hammering in that unmedicated mental illness is the path way to greatness, he’s going to resist treatment.

It’s not the mediocrity that irks me, it’s the disease from the medications.

I can feel what they are doing to my brain and other parts of my body.

Television shows and movies deal with emotions and profit. They also do a lot of stereotyping - they are masters at it.
Mentally ill people are either violent, immature, helpless, stupid etc… according to the entertainment industry.
Sometimes they make us out to be mad geniuses - we are not all super intelligent or creative, I do see your point

Most people with SMI are neither highly creative/geniuses or homicidal axe murderers. Many live lives of quiet desperation and loneliness. That kind of thing doesn’t titillate audiences though.

Yes firemonkey I totally agree with you

I think they (media, society) are trying to make up for past wrongs.