(Trigger Warning) How old were you when you started using drugs?

I’m not from California,

When I started smoking weed, I was in the Deep South.

I experimented a little with drugs like weed and mescaline late.
I was in college.

Tried these drugs once.

I was never addicted or dependent to drugs.

I was also never a big drinker.

Started with booze at 21 smoked weed and used magic mushrooms at 22 nothing heavier than that except for cocaine once.

I’ve never done any illegal drug, unless alcohol counts, cause I was 20 when I started drinking alcohol. The legal age, where I live, is 21. So, just one year early. But still illegal.

I don’t remember when I first tried pot or alcohol. I was definitely well under 18 though.

I started smoking weed when I was 15, it’s funny because none of us could roll a joint and we done it with strawberry tasting paper. It was awful lol.

So with that episode I didn’t smoke weed for a few months. Later in that year I smoked the 1st real joint in my neighbourhood and I only did like two or three puffs and I was having my first bad trip. My heart started racing and I got so sweaty and I couldn’t sleep so I stopped for a while.I also fainted a few times on the beginning so I end up not smoking so much in my teens as I did later.

I did not drink or use drugs when I was in high school. It didn’t appeal to me at all.

I started using pills and alcohol to self medicate in college to cope with the stress of being on my own with undiagnosed Asperger’s Syndrome.

My therapist said a lot of undiagnosed people with autism crash and burn in college because they can’t handle the stress. I think she called it press? I can’t remember.

Anyway, I was never really a recreational drug user.

I started smoking weed when I was 15. I used to get way too high. Then I moved to California when I was 16 in 2006 and by 2007 I was smoking weed every day. I continued to smoke weed until I was 20. Quit smoking for over a year then smoked again in 2012 when I was 22 then moved and couldn’t find any weed then moved to LA and smoked a joint in 2014. Haven’t smoked weed since then.

Started drinking heavily around age 16. Never tried anything else because all the dealers in town were afraid of my family and no one would have sold me anything even if I had asked.

I tried marijuana at 17, cigarettes and alcohol all on the same night - was a friend of mine birthday party. Boy it was a good night. I was probably around early 20’s when i started taking LSD intermittently. Today, i take nothing.

all the dealers in town were afraid of my family 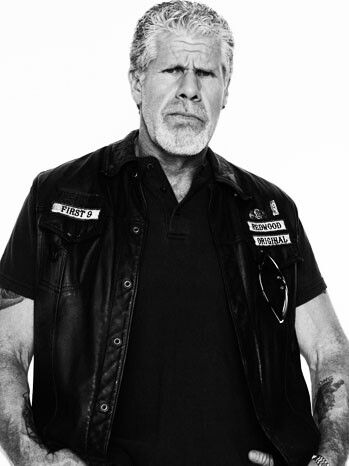 I started weed at 16. I smoked it a lot until my 25s. I believe though, that it made me a bit worse, probably cause I was using it in a bad situation - alone, with the TV and internet only…

It made me smile and laugh, which I didn’t do much, so just believed that it’s making me happy.

Smoked almost daily till 33 yr old. When I was 31, I smoked heavily with my girlfriend like all day every spare time, when i just woke up. High during work. I mean all day.

I started spending so much money on weed and paid for all her weed stuff rolling for her and stuff. I mean she liked it hey why not.

Then I got reaaaally paranoid about stuff and had psychosis. Then went to jails prisons and mental hospitals.

The first time I smoked weed I was 8. The neighborhood kids (who were all older than me) managed to get a joint and we passed it around. I fell asleep about 30 minutes afterward. I didn’t smoke weed again until the age of 15. I smoked weed daily until about 23. I also drank alcohol around those years. I was an alcoholic in my early 20’s. Now I drink in moderation usually no more than once a month.

I no longer smoke weed.

I smoked my first joint when I was 13. Experimented with some other stuff during my college days. That’s about it.

Headache pills and sleepy pills, I started getting them from my family around 8-9 or so.

THC was about 12, hanging out with a preachers two sons, older boys, out late inside a Taco Bell bathroom when they shut down. Manager was a punk so we used the restaurant as a personal buffet. Had an old TV hooked up in the back with Mario Kart 64 playing. I’ve loved Marijuana products since.

LSD was about 15-16, after my first big break. I wanted to control it.

When I moved to Vegas things got worse. Cocaine and heroin about 19. First time I did heroin I was shot up by a suicide girl (nude fetish model)

Various other drugs have come and gone over the years, I always abused them and took too much. I was the one who should of died.

Sober today. Happier, healthier, but sometimes I have to fight for it.

Biggest indulgence now is my $3 a day worth of THC/CBD vape.

I was 13.
We got some off some really sketchy guy in the year above us. One time he completely scammed us by selling it to us, and then his friends came over immediately afterwards (loads of them) and asked to have some. We were intimidated and ended up giving some because we knew if we didn’t they would get aggressive.

I remember the first time, my friend said my pupils apparently went huge. And my other friend kept opening his eyes really wide as if to mimic me. It was so stupid even at the time!

I think it all started with dem candy cigarettes.

Graduated to using coffee heavily at 15. Moved onto cigs steadily once I was about 16. Then weed. Then I tried coke and ecstasy at 17. I’ve stayed high ever since. A lot of drugs I won’t do anymore, if ever, but I always find a new, better one.

i think 13 or 14. just weed, i got psychosis at 15 triggered by weed, within the year of me smoking weed i ended up smoking like every hour every day taking small bong hits just to feel it