What do have to show and tell? Remember this is a family show…personally I have to think about it before I share.

I have a rocking body to show

It’s the product of hard work and basic sports and exercise science as well as dietetics.

Is it really narcissistic or is it normal to be proud of that? And specified with the preface that this is impossible with a heart condition, schizophrenia and lots of performance inhibiting drugs which help the schizophrenia symptoms just enough to where one can feel the symptoms and just brush them off? 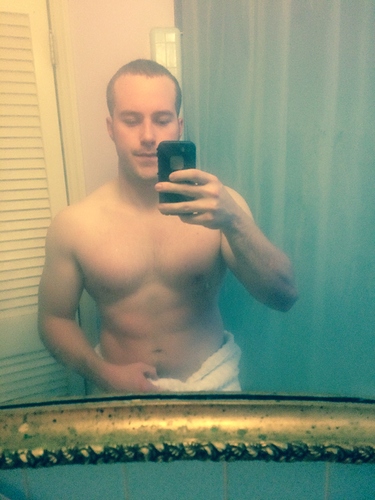 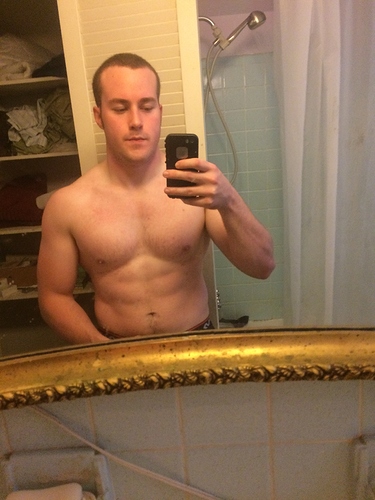 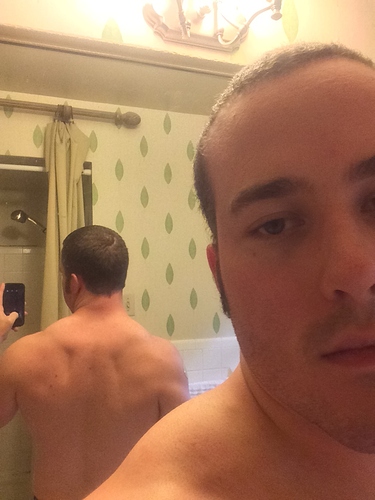 I guess have a picture of my cat. She’s a really good cat though people who come in here will never know because she typically gets on the cabinets and cowers in the corner from them if she isn’t laying in her cat bed and is just too lazy to be scared then. 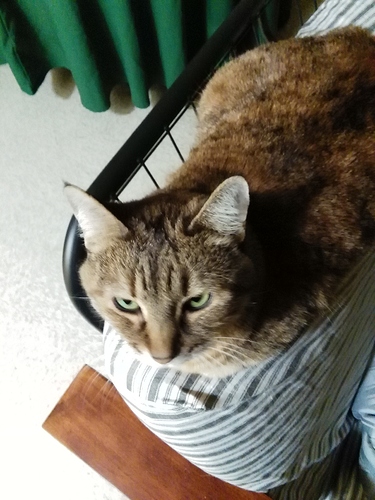 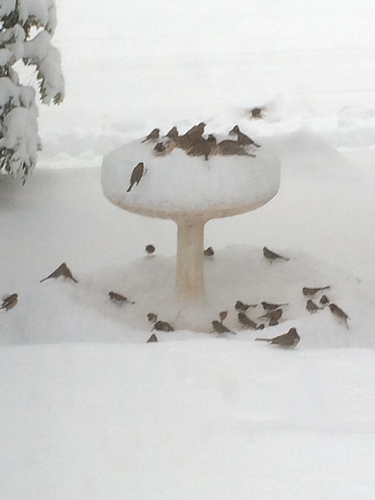 This is our bird feeder. I had to add seed on top of the snow.

I have nothing but my ecig to show. Looks impressive though! I don’t know why but she got like twice as thick fur after we got her fixed… thank god we did because she wins the award for most annoying cat I’ve ever known when in heat. She also does a lot of bizarre things even for a cat like my friend came over here the first time and she got the brilliant idea to lay down and shove her head down a hole next to the cabinets like an ostrich is believed to do because of misconceptions. We both thought it was funny and I guess I don’t know her as well as I thought. lol

I don’t know why she’s so feral and shy because I thought she got socialized early enough but I guess I’m not surprised because when we first brought her in as a kitten big enough to fit in your hand she was clinging to my mom for dear life and hissing every time she exhaled and I didn’t even know kittens were able to hiss until then.

She’s a lucky kitty that you don’t try to change her but just love her for who she is!

I’ve lived around cats all my life and if I’ve learned anything it’s that a cat would probably rather die than do something they don’t want to do because they’re that stubborn. You honestly have to treat a cat as your equal and respect them and try to understand them all on their terms. I don’t know if it’s coincidence but cats seem to be willing to respect someone more who they feel respects them. Her and the last cat I had were both clingy as hell toward me and like this cat starts purring just when she sees me start walking up and if I don’t pet her long enough she’ll go to grab my arm or try to grab my clothes with her claws if I’m walking off so I must be doing something right to have that happen twice in a row with a creature that is normally antisocial and a loner.

I can understand why dog people don’t care for cats because a dog just wants to be friendly by default but a cat, especially one that wasn’t socialized properly has to have you prove to them they can trust you. 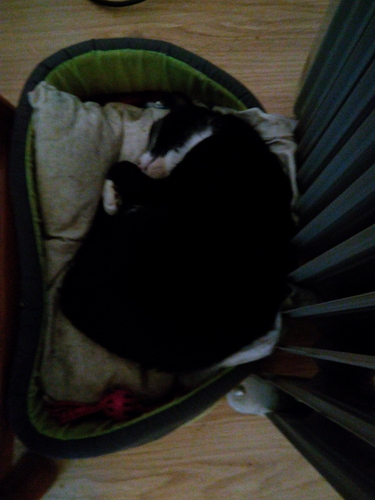 Aww, you’re a blessing to her. We also have a very needy cat that we rescued. He howls and complains if he feels lonely, and then he chirps and purrs when we pet him…we love our little special boy! And you’re right, cats are way more complicated and take time to figure out and build a relationship with than dogs, although dogs are love able too.

My cat was like that at first when we moved here where she would start yowling if I got out of view for longer than 5 seconds even if it was because she walked off. She often gets chirpy when she meows when I pet her and sometimes her purring is chirpy because she purrs so hard.